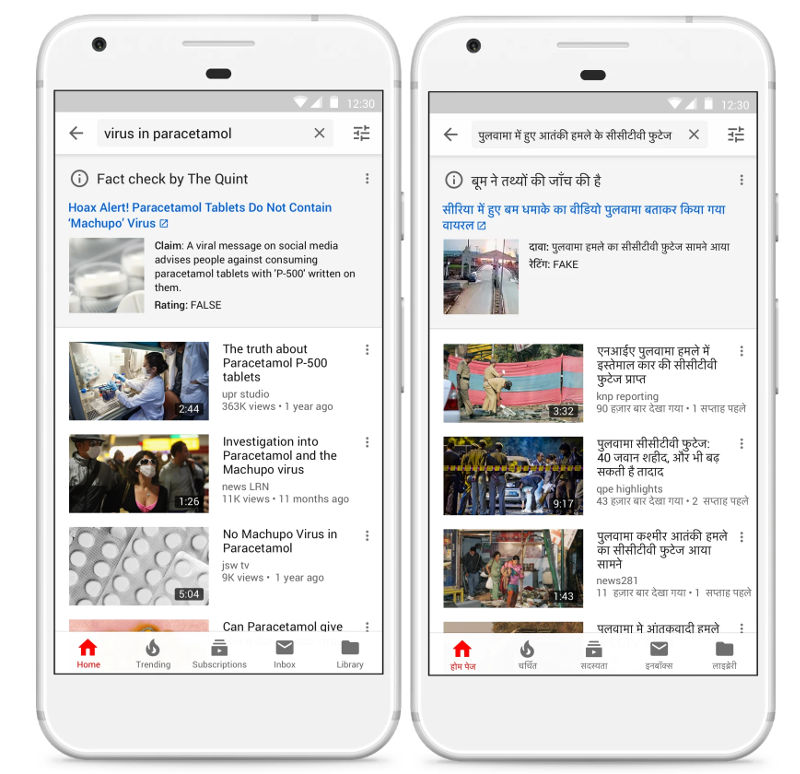 The term ‘Fake news’ is seen as the greatest threat and has the ability to fracture our society. The main sources for this unverified news are indeed the social media platform including Facebook, Twitter and YouTube.

With mobile data getting cheaper, YouTube consumption is sky-rocketing, which means, there is a significant chance of spreading misinformation/fake news through videos carrying unverified account.

In an attempt to curb this, YouTube is reportedly adding a new feature that will help users to verify fake misinformation from authentic content. According to YouTube spokesperson, these panels will show up on pages of search results rather than on individual videos and offers fact checks from verified partners to combat fake news.

At present, the feature will be available in India in languages such including Hindi, English. Having said that, the updates will be rolled out to other regions and languages in the future.

On the other hand, Facebook is taking various steps in the back-end like reduce the ranking of groups and Pages that spread misinformation about vaccinations, banning ads and content and more.

Furthermore, the company is also exploring ways to share educational information about vaccines when people come across misinformation on this topic.