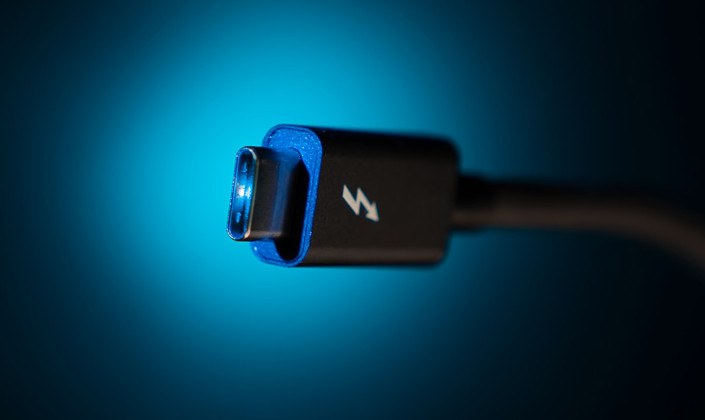 This convergence will increase compatibility among USB Type-C connector-based products, simplifying how people connect their devices. Earlier, Intel shared plans to integrate Thunderbolt 3 into future Intel CPUs and to release the Thunderbolt protocol specification to the industry. Intel’s upcoming 10nm processor codenamed “Ice Lake” will be the first to integrate Thunderbolt 3. Processor integration, this combined with this latest announcement makes it a mainstream adoption of Thunderbolt.

Thunderbolt 3 is fully supported in Windows 10, macOS and Linux. Volumes of the PCs with these ports continue to double every year into the tens of millions and all the latest Macs have Thunderbolt 3 ports. Thunderbolt is supported by an end-to-end solution enabling program for a computer, peripheral device and cable makers to help ensure a consistent experience for all Thunderbolt connected products. Intel works with the industry to define product capabilities, validation testing, and rigorous certification requirements.

Key characteristics of the USB4 solution include:

Releasing the Thunderbolt protocol specification is a significant milestone for making today’s simplest and most versatile port available to everyone. This, in combination with the integration of Thunderbolt 3 into upcoming Intel processors is a win-win for the industry and consumers.

The primary goal of USB is to deliver the best user experience combining data, display and power delivery over a user-friendly and robust cable and connector solution. The USB4 solution specifically tailors bus operation to further enhance this experience by optimizing the blend of data and display over a single connection and enabling the further doubling of performance.