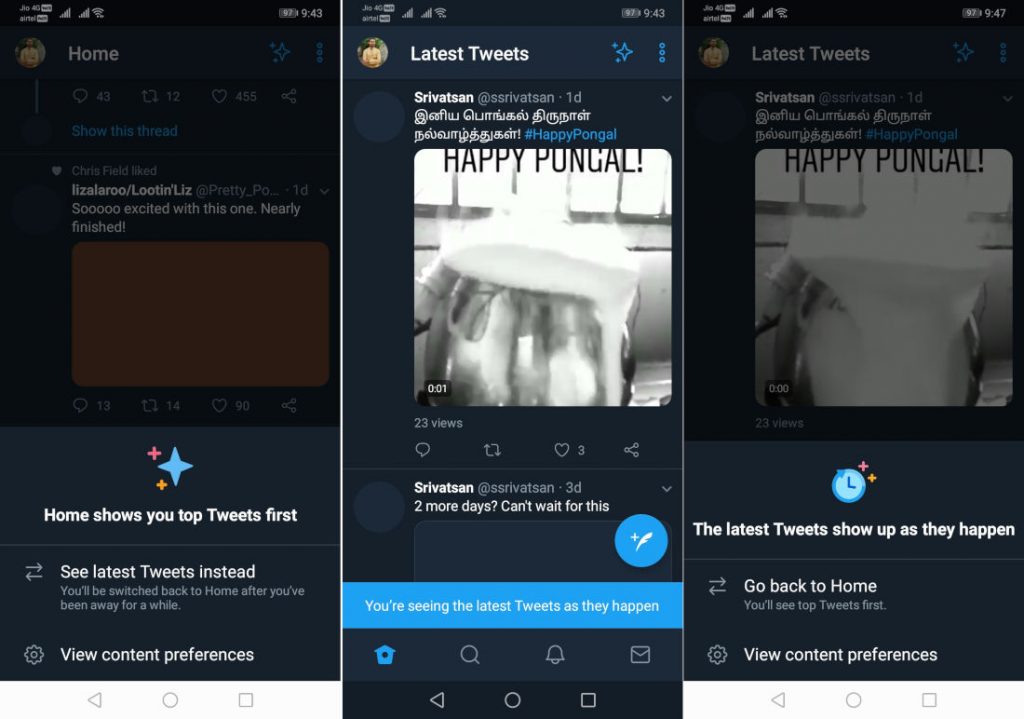 After introducing the feature for iOS last month, Twitter is bringing the ability to switch between the latest and top Tweets for Android. When enabled, this will bring the latest Tweets to the top in you want to know what’s been happening. Twitter says that, over time, the company will learn your behavior. If you regularly switch to the latest tweets, Twitter will by default show them to you.

Android, we got you. Starting today, tap ✨ to switch between latest and top Tweets. pic.twitter.com/7rXo3BNEJ6

It can be enabled from a toggle, and once done, you will see a pop-up saying that they are viewing the latest Tweets, but can switch to top Tweets or can view the preferences. The company says the move comes from the fact that the twitter is often used in real-time, particularly during live events such as sports games or the Oscars.

The company calls it “sparkle” and it can be enabled through a button that is present in the top right corner. It is now available for both Android and iOS.