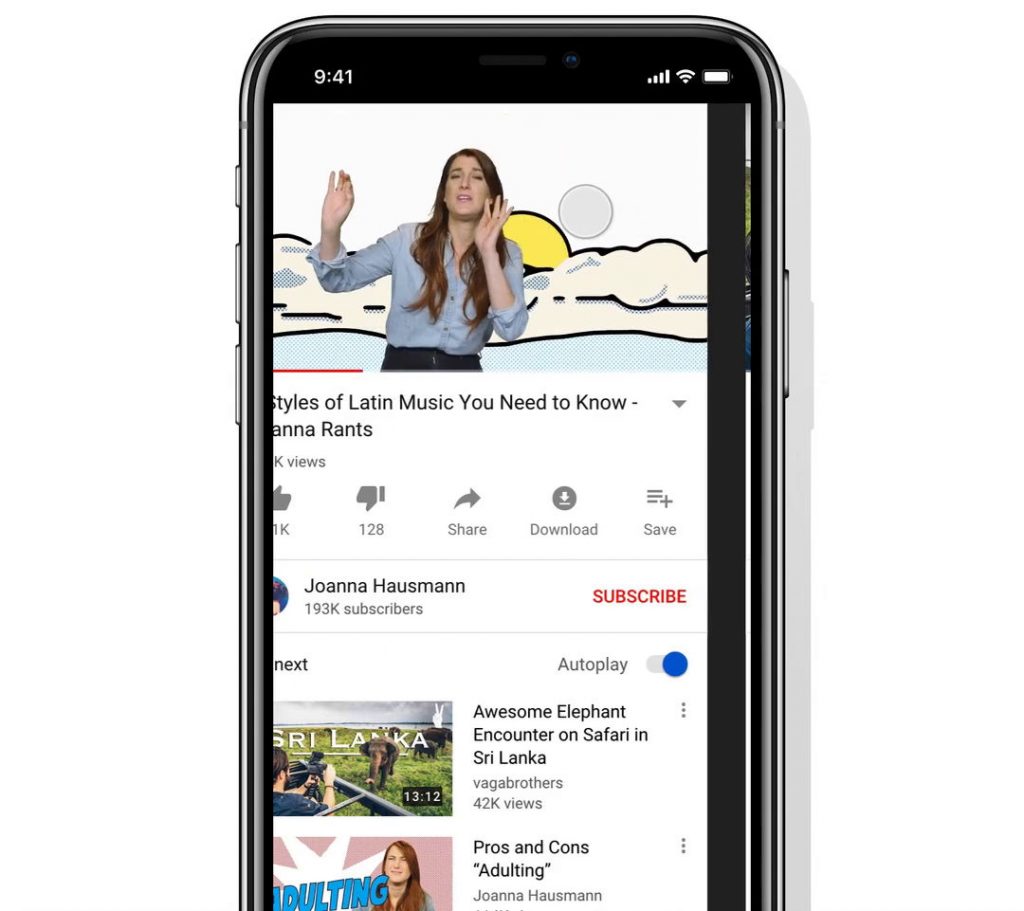 YouTube has announced that it is updating its mobile app to make it easier to navigate through videos. The app will get a new horizontal swiping gesture that lets you move forward and backward through the video you are watching.

Rolling out this week on the YouTube iOS app (for 6S phones & above)!

From your video player:
👈Swipe left for the next video
👉Swipe right for your previously watched video

If you prefer, you can still tap for video player controls. More details here → https://t.co/ur4EiHCiii pic.twitter.com/Es2ExHl8m9

Swiping forward takes you to subsequent suggested video whereas swiping back can take you to the last video you watched. The video also will resume wherever you left off. The company says that the change is designed to give users more control over video playback on mobile where 70% of the viewing is taking place.

The company in 2018 added other features aimed at mobile users, including short-form creator content called Stories, screen time controls, dark mode, auto-playing videos on the mobile app’s homepage and more. In 2017, it first introduced a feature that lets you jump forward or backward by double tapping. With horizontal left-right navigation, YouTube is creating it easier to maneuver through its app.

The new feature is rolling out this week to iOS (for 6S phones & above). The company didn’t say when the feature would hit Android.