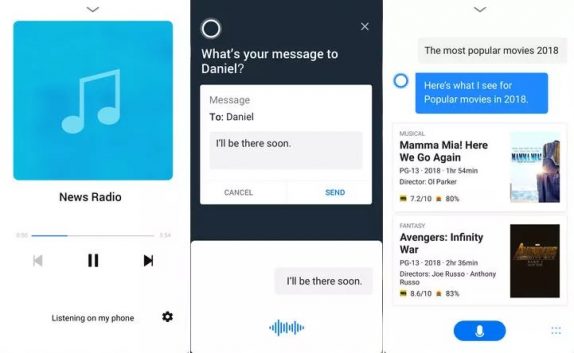 Cortana 3.0 which was in beta since last month is now finally available for all the iOS users. This update brings redesigned interface, the ability for you to have “conversational experiences” with the voice assistant, listen to music and podcasts, and more.

You can even setup Cortana devices. As expected, the update also brings better integration with the rest of Microsoft’s ecosystem of services. You can now use the app to join Skype or Teams meetings and also access your calendar, meetings, emails, reminders, and to-dos. The interface has changed a lot since the beta that was rolled out last month.

The final version of the app brings just a single tab called “Upcoming,” which shows an outline of your day. Additional features such as reminders or lists are available from a slide-in menu from the right. Despite falling behind in the race with other voice assistants, Microsoft is not giving up on it as it is a part of its own ecosystem. You can download the updated Cortana app directly from App Store.