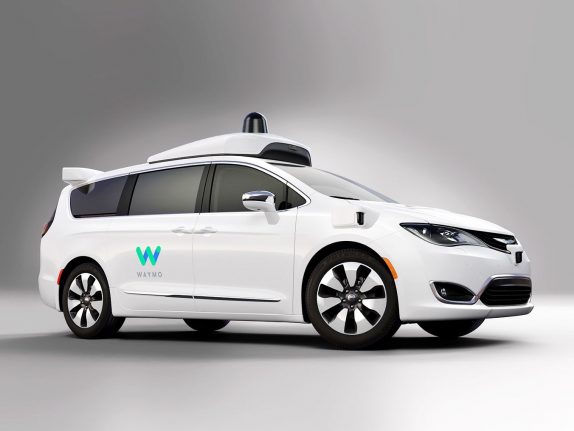 Waymo, which is a private subsidiary of Google’s parent company, Alphabet Inc., is planning to launch the world’s first commercial driverless car service in the next two months, according to a report from WSJ. It will operate under a new brand and will compete with Uber and Lyft.

Waymo is keeping the new name secret until the formal announcement. The company in an emailed statement said: “Waymo has been working on self-driving technology for nearly a decade, with safety at the core of everything we do.” A Waymo spokesperson declined to comment.

While it may be a big milestone for self-driving cars, it won’t exactly be a “flip-the-switch” moment. The service of the Waymo won’t appear in Play/AppStore anytime soon, instead, things will start small—perhaps dozens or hundreds of authorized riders in the suburbs around Phoenix, covering about 100 square miles.

The first wave of customers will likely draw from Waymo’s Early Rider Program; a test group of 400 volunteer families who have been riding Waymos for more than a year. The customers who intend to move to the new service will be left alone from their non-disclosure agreements, meaning they’ll be free to talk about it, snap selfies, and bring friends or even members of the media along for rides.

New customers in the Phoenix area will be gradually phased in as Waymo adds more vehicles to its fleet to balance supply and demand. Alphabet Inc. removed the Google branding from its cars and created the Waymo subsidiary in December 2016. Being first has its advantages. It establishes credibility and allows Waymo to build out a network of vehicles, maintenance depots and support services robust enough to draw customers away from Uber and Lyft.

According to the sources, when Waymo starts its commercial program, there will be backup drivers in some cars to help ease customers into the service and to take over if necessary. As for the pricing, for now, the program is more about learning how to safely scale driverless cars than making money. At launch, Waymo will offer straightforward fares that are competitive with Uber and Lyft. However, this might change when the program grows big eventually.