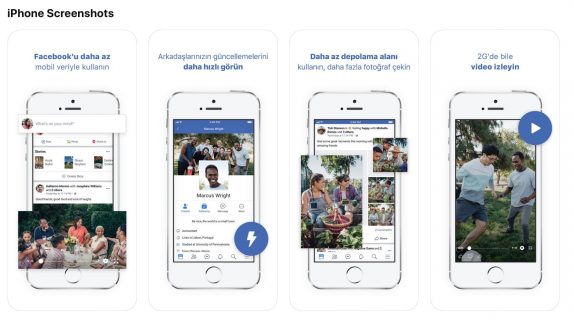 More than the iOS ecosystem, the app sizes is a big headache for iOS users as they weigh anywhere around 200-500MB and the update is almost equal to the original size. The Facebook app size is close to 500MB which takes a toll on those who are on limited data plans. To solve that issue, Facebook today has launched the Facebook Lite for iOS.

Facebook Lite was originally intended for people in developing countries where mobile data can be unreliable. The app was previously available for Android in certain countries, including the United States. The Facebook Lite for iOS is around 16.3MB size and is said to use less battery, bandwidth, and device storage. However, you can’t download the app yet as it is just available in Turkey at the moment.