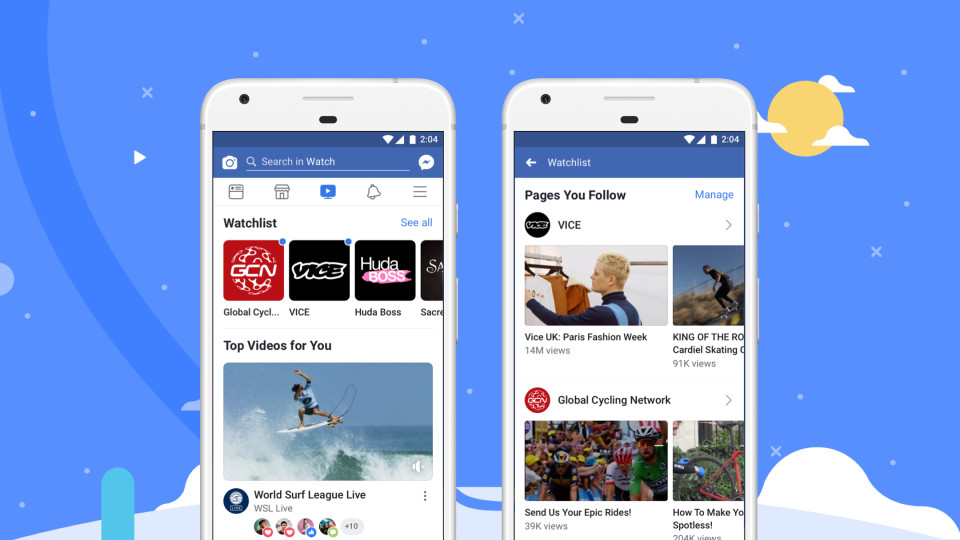 A year after the launch in the U.S, Facebook has announced the global roll-out of Facebook Watch, a video platform similar to YouTube and Netflix. As per the company, this feature allows the people to discover and engage more with the videos of their choice.

In their official release, the company has also mentioned that Every month, more than 50 million people in the US come to watch videos for at least a minute in Watch — and total time spent watching videos in Watch has increased by 14X since the start of 2018.

With Facebook Watch, users can find the latest video spanning over lots over a variety of genre including entertainment, sports, news and much more. In addition to it, there is an option to save the video, which can be watched later.

The company is also working on giving users a new video experience giving them the ability to shape the direction of the content. Eventually, users will be able to find in Watch feed, like Watch Parties, Premieres, and videos focused on audience participation.

We’re building new video experiences that put people at the center, giving them the ability to shape the direction of the content. Over time you’ll be able to find new video experiences in your Watch feed, like Watch Parties, Premieres, and videos focused on audience participation — like the new trivia game show, Confetti. And we’ll make it easier to find live videos so you can discuss the big moments as they’re happening.

Having said that, Facebook sees it as an opportunity for creators and publishers across the globe. To access Watch on iOS and Android, look for the Watch icon in your shortcuts bar or the “More” bookmark. You can also find Watch on Apple TV, Samsung Smart TV, Amazon Fire TV, Android TV, Xbox One, and Oculus TV.