You might recall a few days ago I talked to you about an application called MusicBar that allowed you to set a specific button on your Symbian device to access music playback controls on your screen, no matter what application you’re using without disrupting your workflow. The main problem with MusicBar was that it had to use the Camera button on the Nokia N8 for example, hence preventing you from autofocusing while taking an image. Well Nicholas Usanov-Kornilov has updated MusicBar to 1.0.1 to fix this issue. 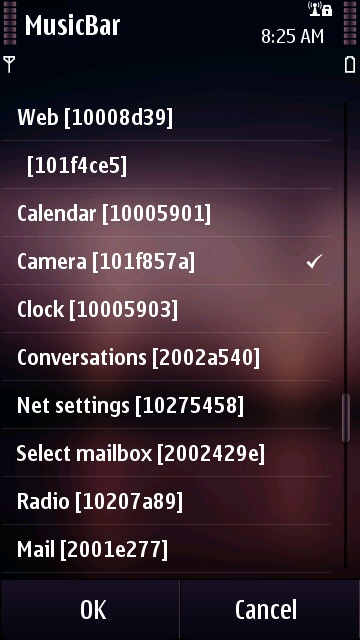 The new version of MusicBar brings a few improvements amongst which the support for the Symbian^3 selection UI. Now, when setting up the application, as previously explained in my first post, the Exceptions menu have been fixed and you can finally scroll down to the middle of the list and tick the Camera. By doing so, you prevent MusicBar from launching only when the Camera is active, that way you can use the Autofocus key to get your music controls in all applications, yet still use that to focus on an image while in the Camera. It’s perfect. Of course, if you want to disable MusicBar in other apps, you can also do so.

If you were previously doubting the usefulness of MusicBar, you shouldn’t even flinch with this update. It makes it a killer tool to add to your N8 or C7 or other Symbian^3 phones without the problem of messing with the camera functions.