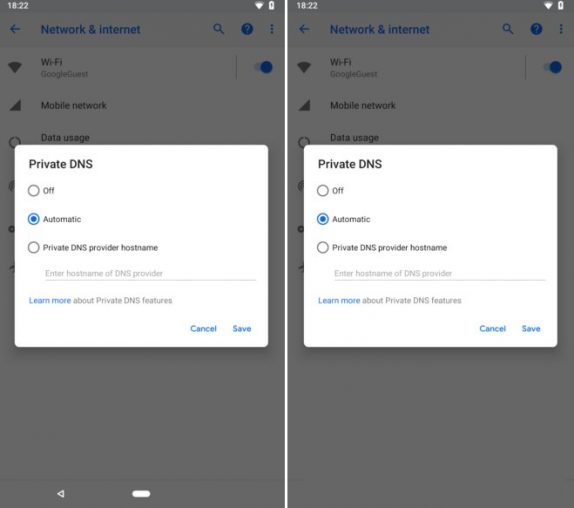 Google is said to be testing gesture-based navigation in Android P much like the iPhone X. The screenshots of the navigation bar have surfaced which gives a glimpse of a short little bar in place of the home button, a back arrow that’s now hollowed-out, and no app-switcher at all. We have already seen brands experimenting with gestures including OnePlus, Xiaomi that quite resemble the iPhone X style.

The narrow little bar in place of the home button looks like a narrower version of the bar you’ll find on the iPhone X. Not only that Android version of the gestures might also function in a quite similar way; swiping up to access their home screens. We are not sure how the app switching will work since there is no button present, however, the back button will reportedly only appear when needed.

In any case, Google quickly edited out the screen soon after the reports started flooding which hints that Google is not ready yet to reveal the new gesture-based navigation interface. If everything goes well, Google might introduce this formally at the Google I/O 2018. As we move closer to the phones with bigger screens, the idea of having gesture-based navigation is definitely a welcome addition from Google, but it will take some time for users in getting used to it.