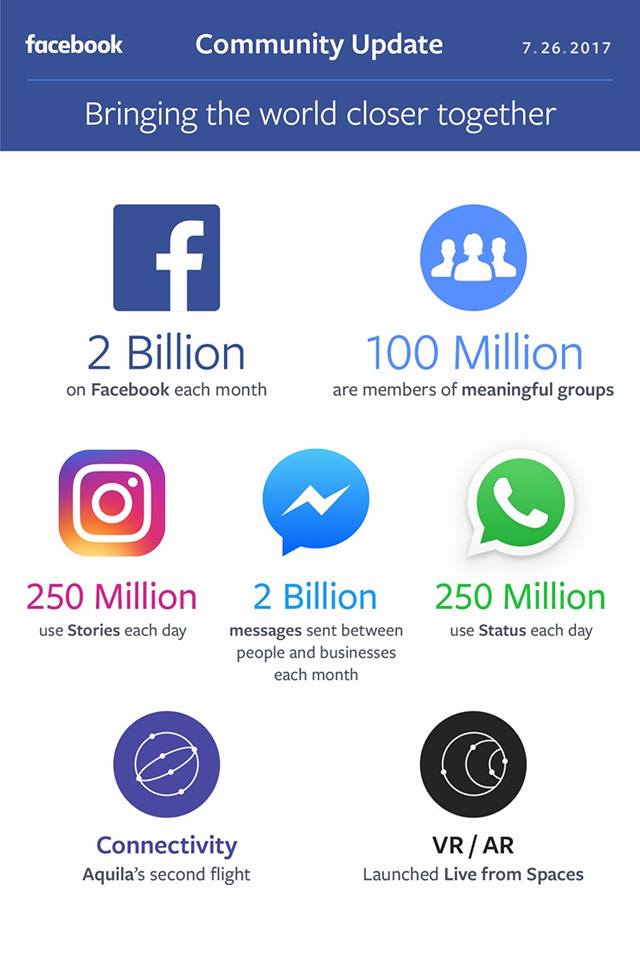 Facebook has revealed financial earnings for Q2 2017. The social network has recorded $9.32 billion in revenue, up 45% year-over-year (YoY). Net profit in the second quarter leapt 71 percent from a year ago to $3.9 billion.

We had a good second quarter and first half of the year. Our community is now two billion people and we’re focusing on bringing the world closer together.