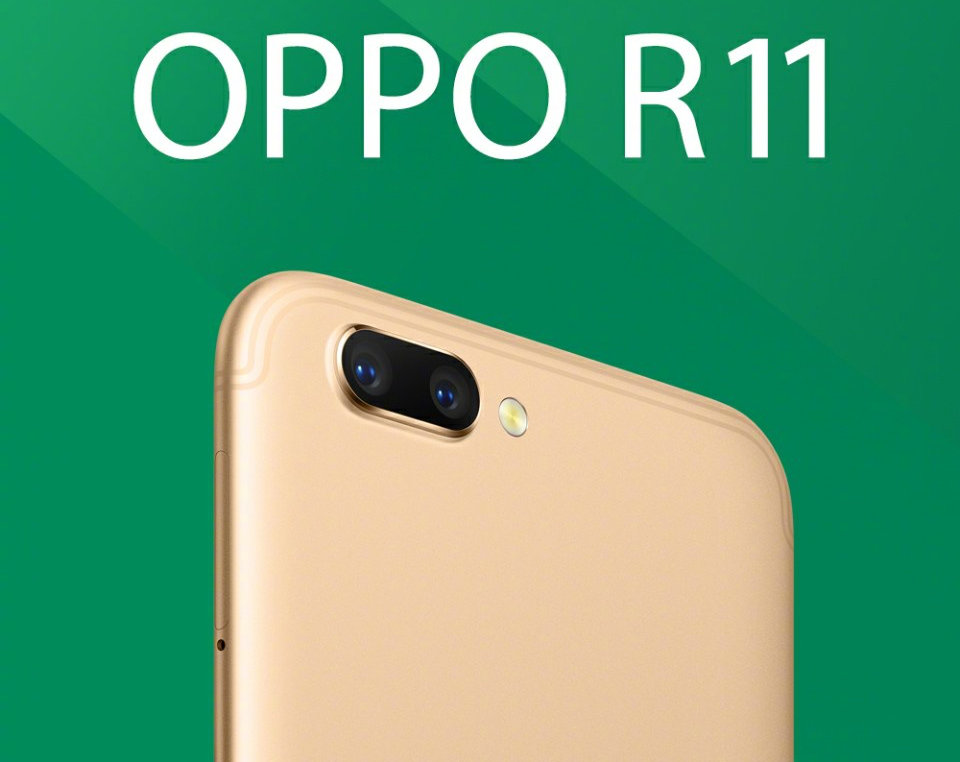 OPPO today confirmed that it will introduce R11, a new high-end smartphone in the ‘R Series’ in China soon. It also confirmed that the successor of last year’s R9 smartphone will come with 20-megapixel front and rear cameras and also teased a new image that shows dual rear cameras. Even though the resolution of the secondary rear camera sensor is still a mystery, it is expected to be a 20MP + 16MP camera arrangement.

The image also shows unibody metal design with antenna lines present along the top ends of the phone. Some specifications of the smartphone have been revealed by AnTuTu. 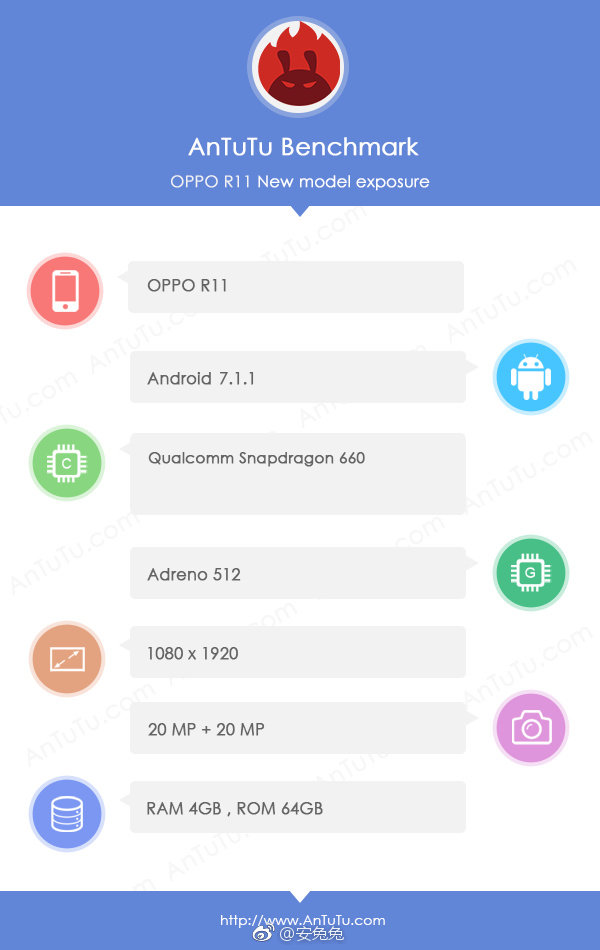 The OPPO R11 along with the larger R11 Plus are expected to be officially announced sometime in early June. We should get the invite for the announcement soon.