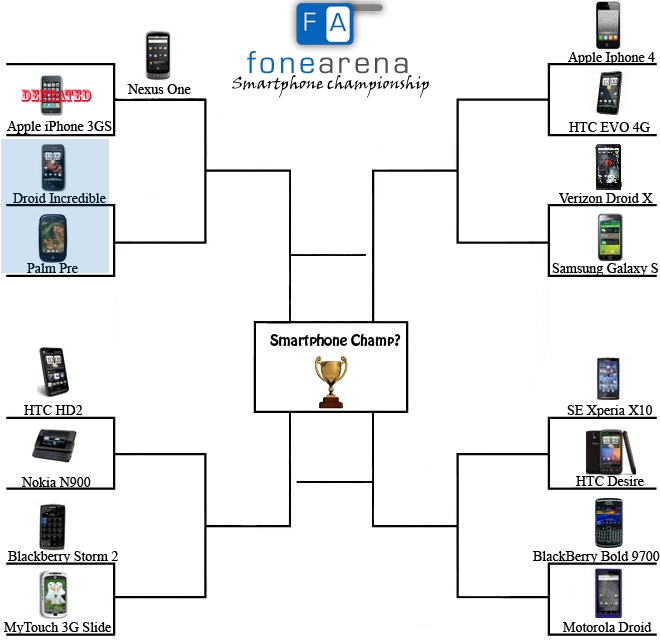 We want to say thanks to everyone for voting, and we are hoping to see more votes in next coming rounds.

So folks, it’s time for the second match, and it’s between the popular Droid Incredible and the beautiful Palm Pre. Both are very good phones, and the winner of this match will fight with the first round champ Nexus One.

You have only 2 days to vote for your favorite, so folks start voting and see your favorite phone in next round. So people, on your marks, get set, GO!