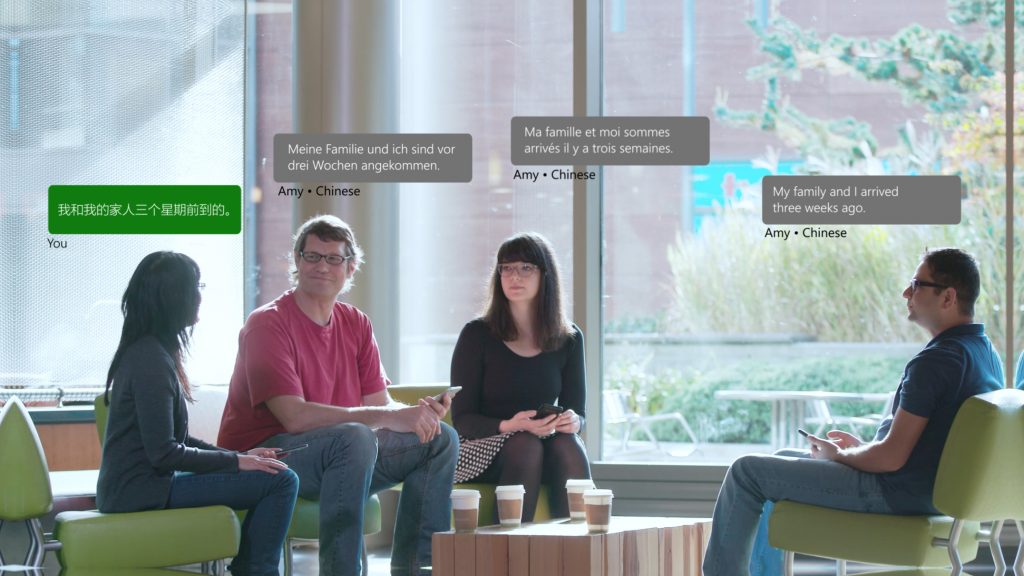 Microsoft has rolled out an update to its translator app that lets users translate multi-lingual conversation in real time. This feature allows users to communicate in different languages directly using their own language and the conversation pops up as text on your device.

The company has also released a video, showing a teacher communicating with the multi-lingual student and tour guide addressing a group of tourists from different countries. In order to access it you will have to open the Microsoft translator app on the smartphone and select the language you want following which the app generates QR code, which other people who are in the conversation will have to scan.

Before speaking, they need to tap ‘on-screen’ button and others will see the conversation as text in their smartphones. However, this feature needs Internet connection to work as it is powered by a Microsoft’s cloud-based deep neural network. The Microsoft Translator live preview feature is available now in the Microsoft Translator apps for Windows, Android, iOS and Amazon Fire.

Almost everyone has a smartphone on their person. We spent a lot of time thinking about the set-up experience. Let’s say you and I speak two different languages, how do we get connected quickly without spending too much time thinking about how to connect and spending more time in the conversation itself.

Last month, Microsoft announced that neural networks will now power all the speech translations on Microsoft Translator. Also, Google added Neural Machine Translation which translates whole sentences at a time instead of piece by piece.