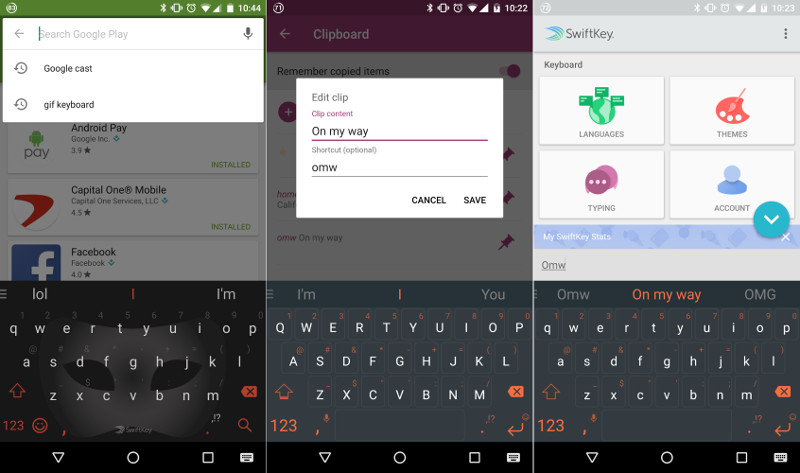 Last month SwiftKey for Android beta added Incognito mode and Shortcuts / text expansion along with some bug fixes and Android N support. Now the stable build of the popular third party keyboard is getting new features including the incognito mode.

Similar to the browser, When the Incognito Mode is enabled, SwiftKey doesn’t learn the words you type. This can be enabled from  SwiftKey Hub and the current theme switches to a dark theme with a mask in the background.

New features for SwitKey on Android include: