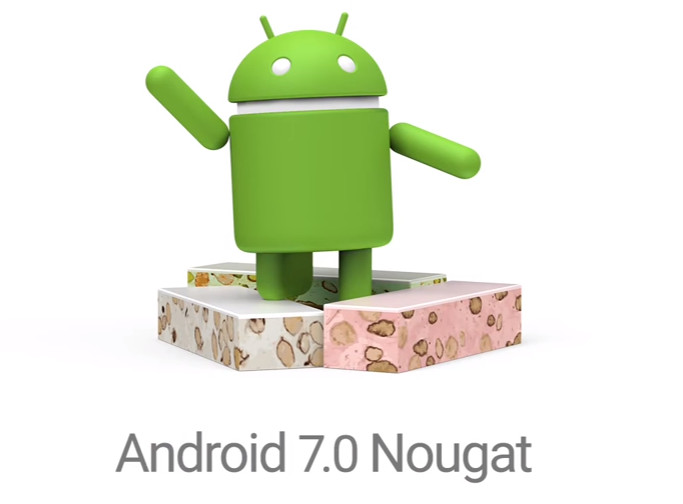 Google is out with the numbers for Android distribution for the month of November and this time Nougat has made its debut. The latest Android OS that started rolling out to Nexus devices along with variety of Android phones is now present on just 0.3 percent of devices.

Last month Google did not post Android distribution numbers. It must be noted that Marshmallow also entered the charts with 0.3 percent last year in November. Marshmallow continued its surge and is now present on 24 percent of Android devices. Lollipop (5.0 and 5.1) share has increased to 34.1 percent, down from 35 percent in September. KitKat adoption is still strong at 25.2 percent while Jelly Bean and Ice Cream Sandwich are at 4.9 percent and 1.3 percent respectively. Froyo is not budging and is still present on 0.1 percent of Android devices. 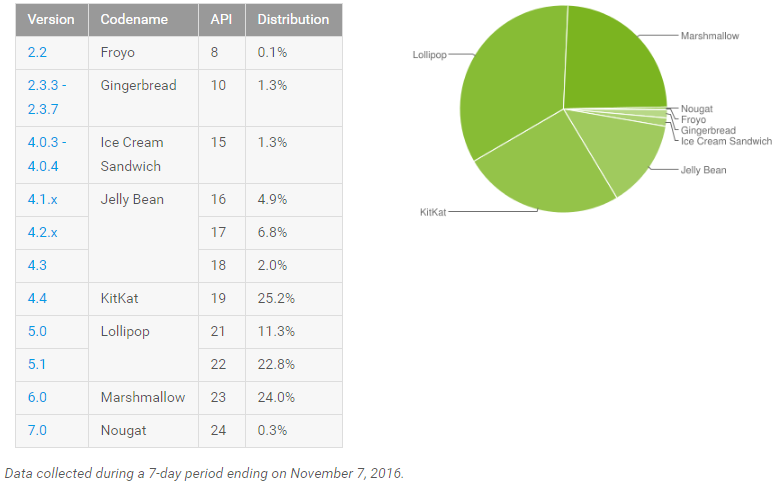 Google has not included Android 7.1 Nougat break-up in the chart. In comparison. iOS 10 Apple’s latest OS is present on over 54 percent of devices. Google has to take strict measures to enure speedy adoption of latest Android operating systems on devices.