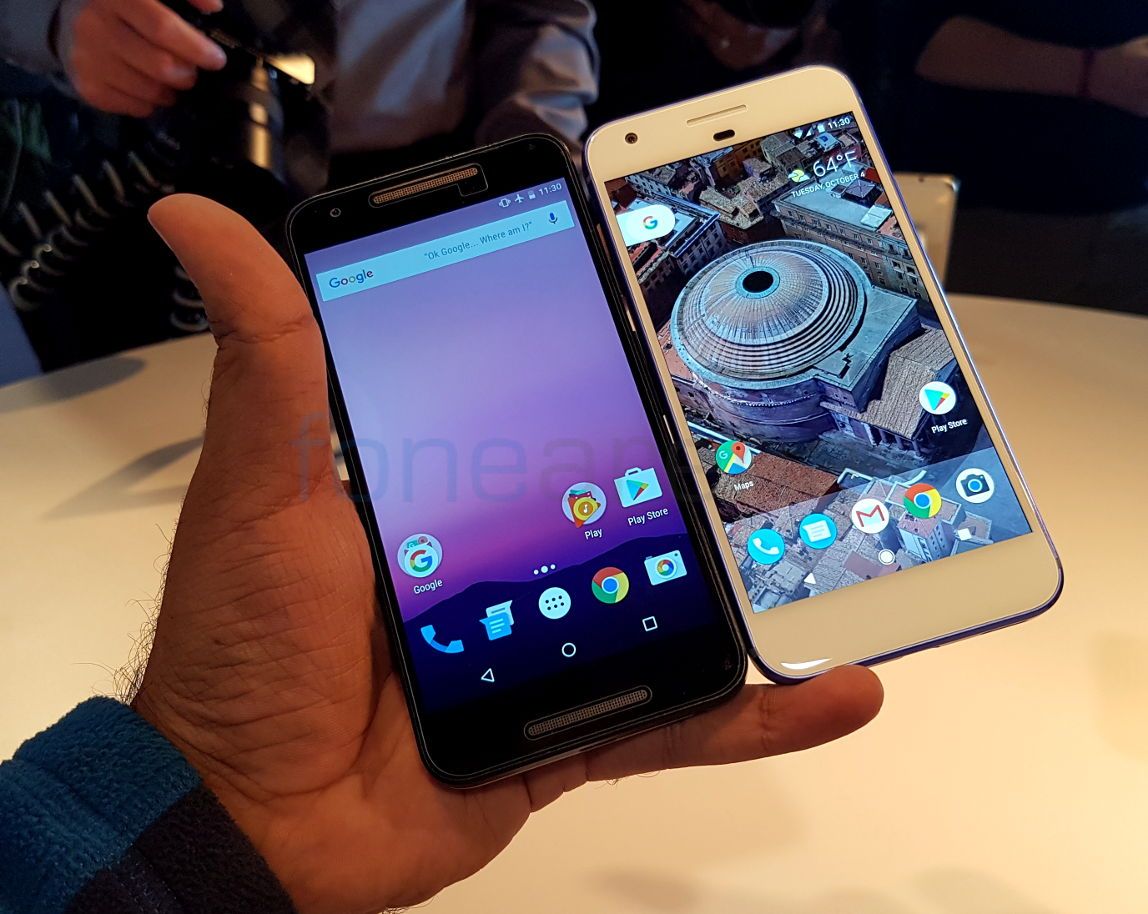 Earlier this week Google introduced its flagships Pixel and Pixel XL smartphones. The Pixel is a Nexus 5X successor. So let’s compare the two phones and see the difference between the two. 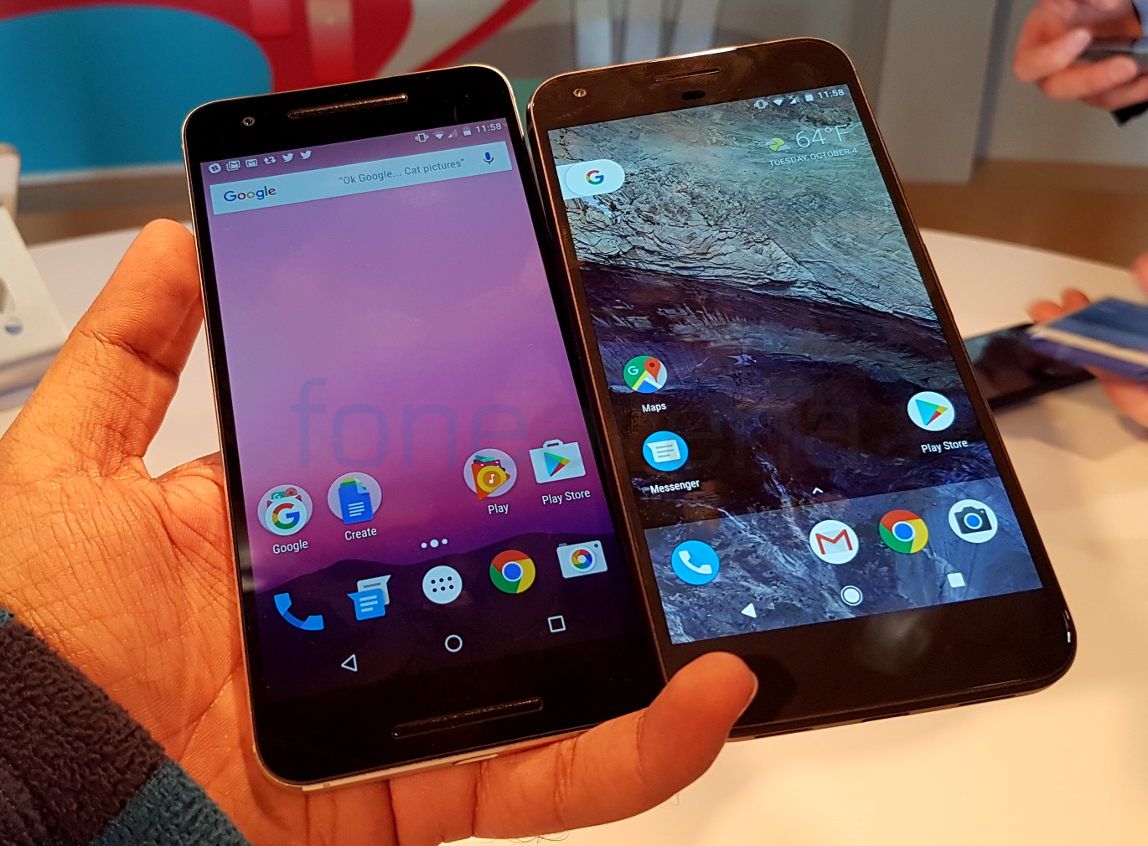 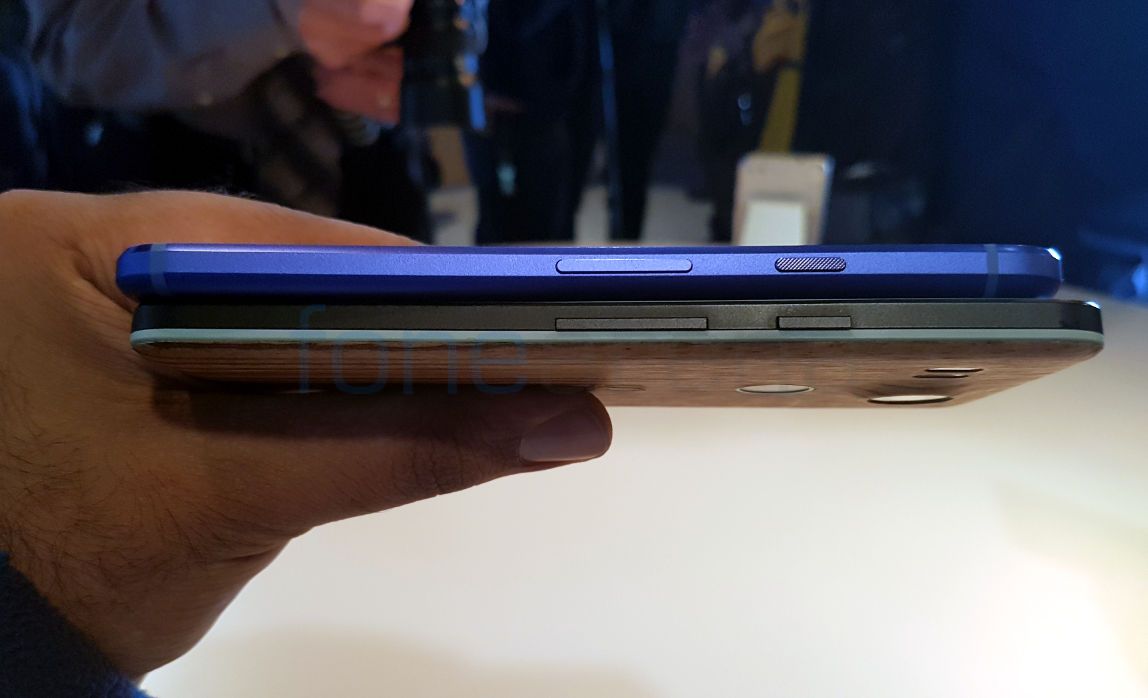 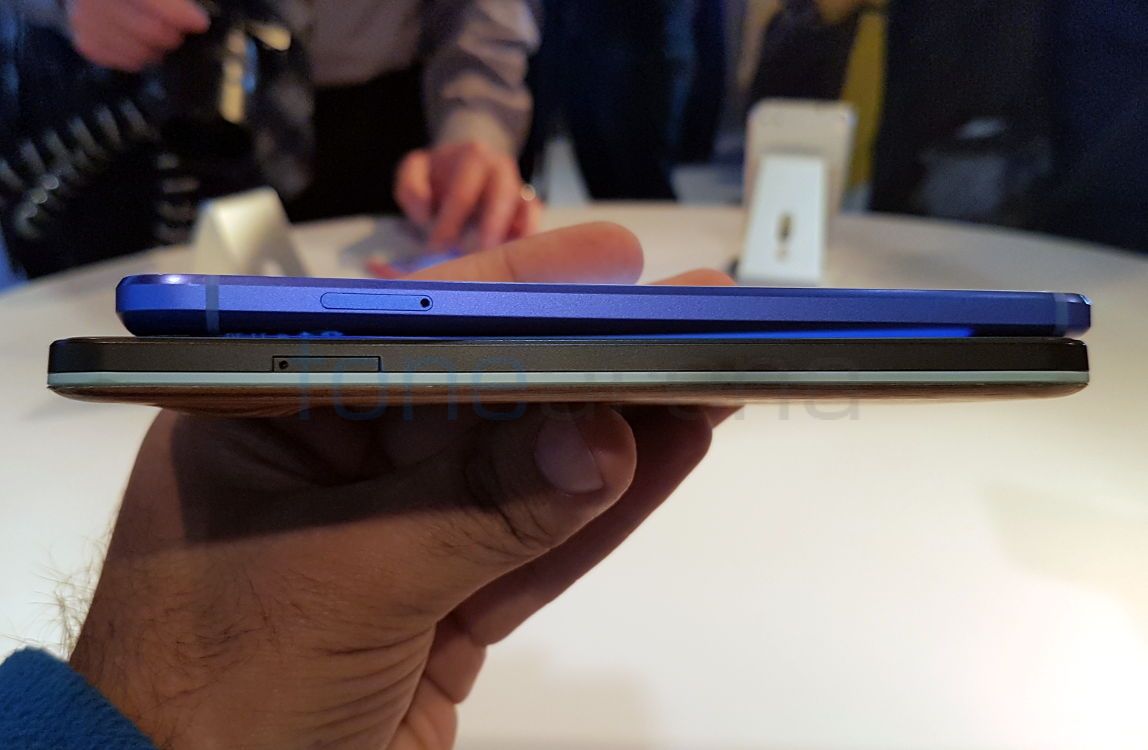 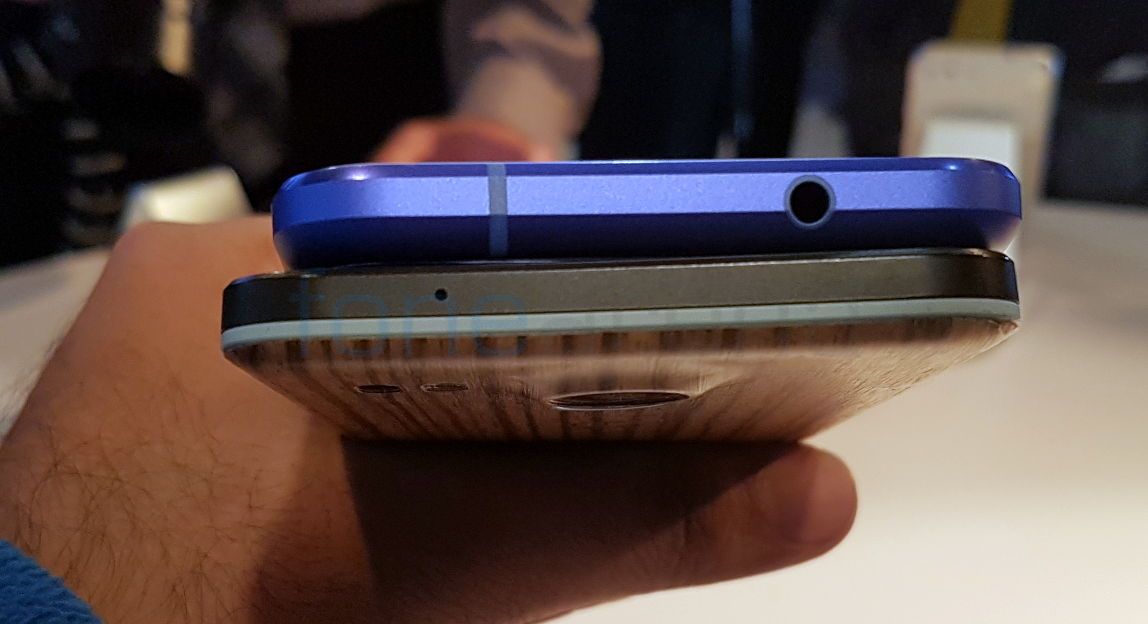 The 3.5mm audio jack is move to the top for the Pixel while the Nexus 5X has a secondary microphone at the top. 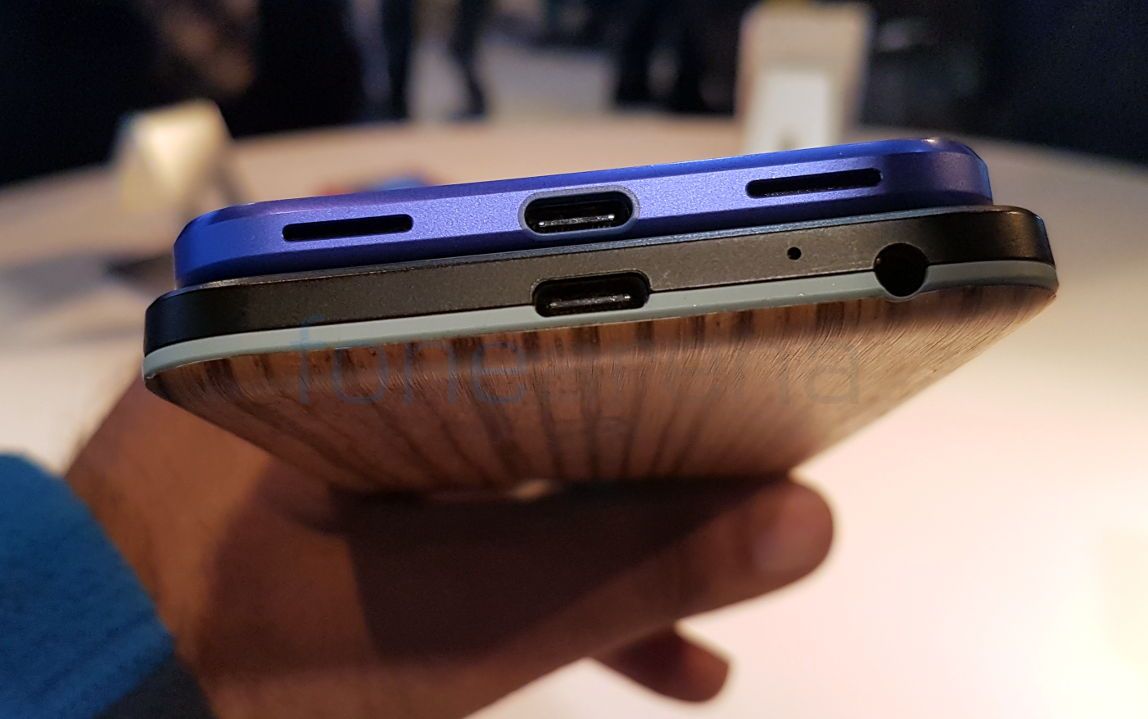 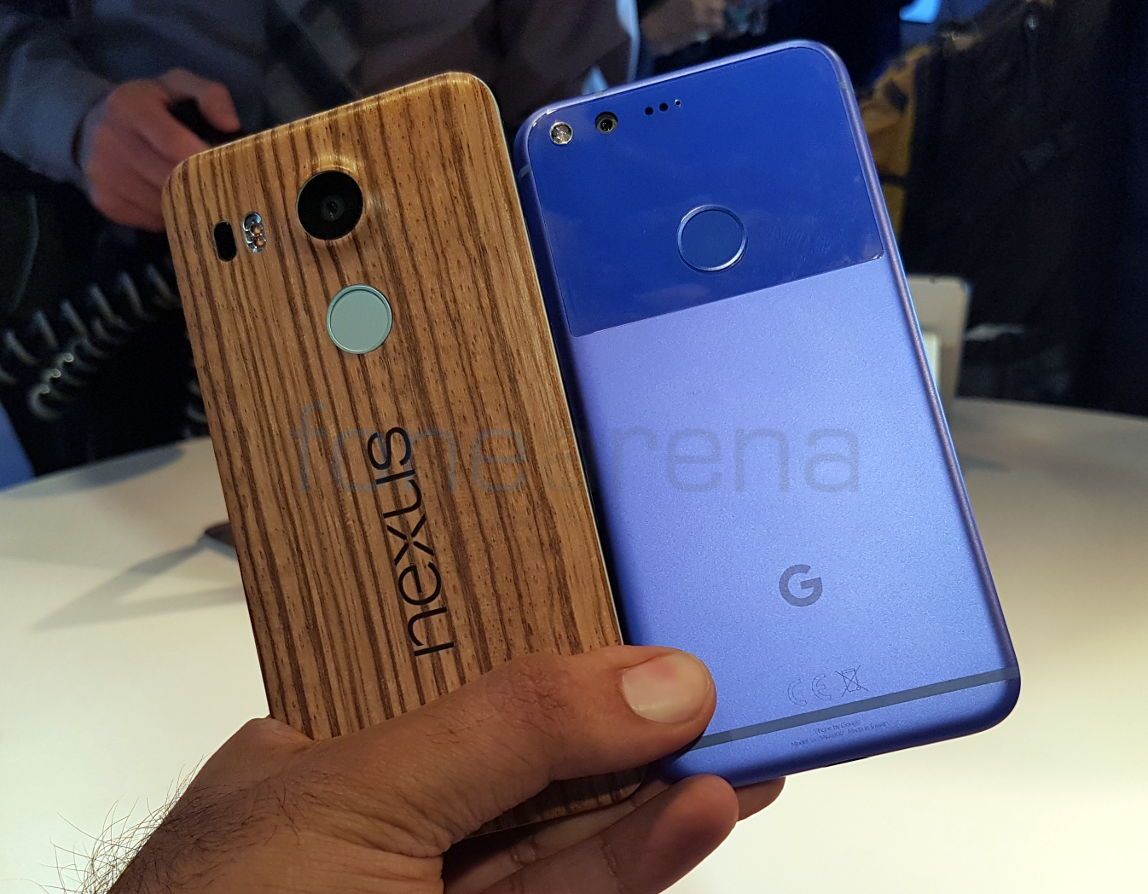 The Pixel has a unibody metal design and a 2.5D glass on the top half. The fingerprint sensor is present on the glass back along with 12.3MP rear camera with LED flash, Sony IMX378 sensor, 1.55um pixel size, f/2.0 aperture, PDAF, LDAF. Also seen are microphones and laser auto focus next to the camera module which does not come with a hump.

The Nexus 5X on the other hand has a plastic back with fingerprint sensor and 12.3MP rear camera with dual-tone LED flash, Sony IMX377, 1.55 micron sensor, f/2.0 aperture, Laser Auto focus.

As the Pixel is “MadebyGoogle” it has a ‘G’ branding at the lower back followed by antenna line. The Nexus 5x has a Nexus branding followed by LG branding. In terms of battery, there is no major difference as the Pixel has a 2770mAh battery as compared to 2700mAh on Nexus 5X.