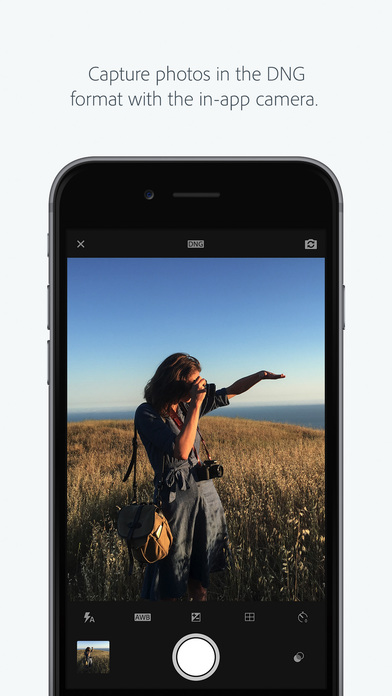 Apple announced that they will be bringing the ability of RAW image capture to iPhones starting with iOS 10. While the stock camera app doesn’t feature an option to toggle RAW capture, iPhone users can make use of Adobe Lightroom to capture RAW images.

The only requirement for being able to take RAW images on an iPhone is to have an iOS device that has a 12 Megapixel iSight camera running on iOS 10. This means that you should be able to capture RAW images on the iPhone 6/6s, 6 Plus/6s Plus, 7/7Plus as well as the iPhone SE and even iPad Pro 9.7.

It is important to note that shooting images in RAW means that you get an image without any post processing applied like in the case of shooting with the stock camera app. As a result, you need to tweak the image to your liking in order to get the best out of the image.

So if you aren’t familiar with photo editing and RAW image editing, it is still best that you stick to the stock camera app and lets iOS do the processing for you. However, if you do shoot in RAW, Lightroom will also be able to help you edit the RAW image to your liking.

Lightroom captures the RAW images in DNG format. Likewise, Lightroom also has expanded the colour gamut to match the new displays and cameras on the iPhone 7 and 7 Plus.