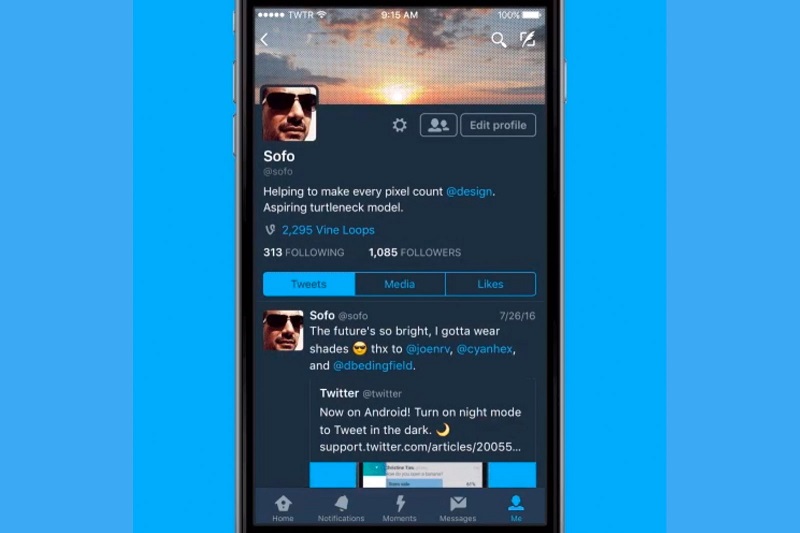 Twitter had started rolling out Night Mode for its Android app last month. Today, the micro blogging site is rolling out the same feature for its iOS app.

Night Mode lets users switch to a darker theme that is less strenuous on their eyes during night time. You will have to enable Night Mode option from Me tab and tap on the Settings menu. You can switch it on and off with a tap. Third-party Twitter apps on iOS like Tweetbot and Twitterrific already come with dark mode options.

The Night Mode theme basically changes the app’s background from white to a darker blue tone. It would have been great if the Night Mode would turn on automatically.