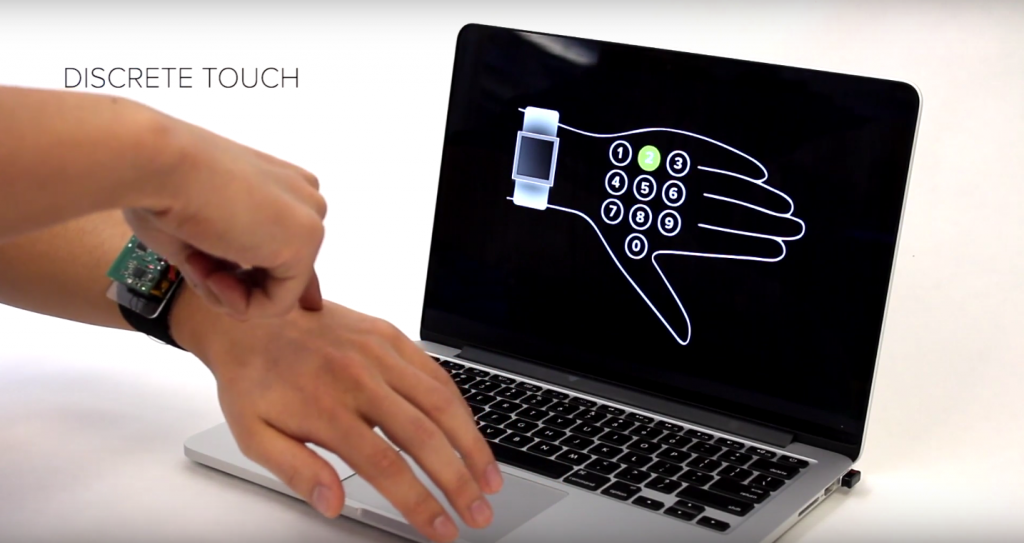 Smartwatches are an interesting product but they have a long way to go before they provide true value to the users and also need a lot on improvements in terms of usability. A new technology called SkinTrack could perhaps be the next big thing that changes the way you use your smartwatch.

The Samsung Gear S2 was a step in the right direction by reducing the users dependancy on the smartwatch touchscreen by providing a rotating bezel. This reduces the interference and blocking of the screen especially since the screens on smartwatches are much smaller than your average smartphone.

Well, thats exactly what the Future Interfaces Group at Carnegie Mellon University have made. The technology is called SkinTrack and allows users to basically use their hand or arm to register inputs onto the smartphone. This method basically involves the user wearing a ring like object on their index finger or any finger that they wish to make the input with.

The ring then helps the smartwatch ascertain whether the finger is just hovering or actually making contact with the skin and thus registers an input. This essentially makes your skin into an organic touchscreen and it even recognises several gestures based on what you program it to do.