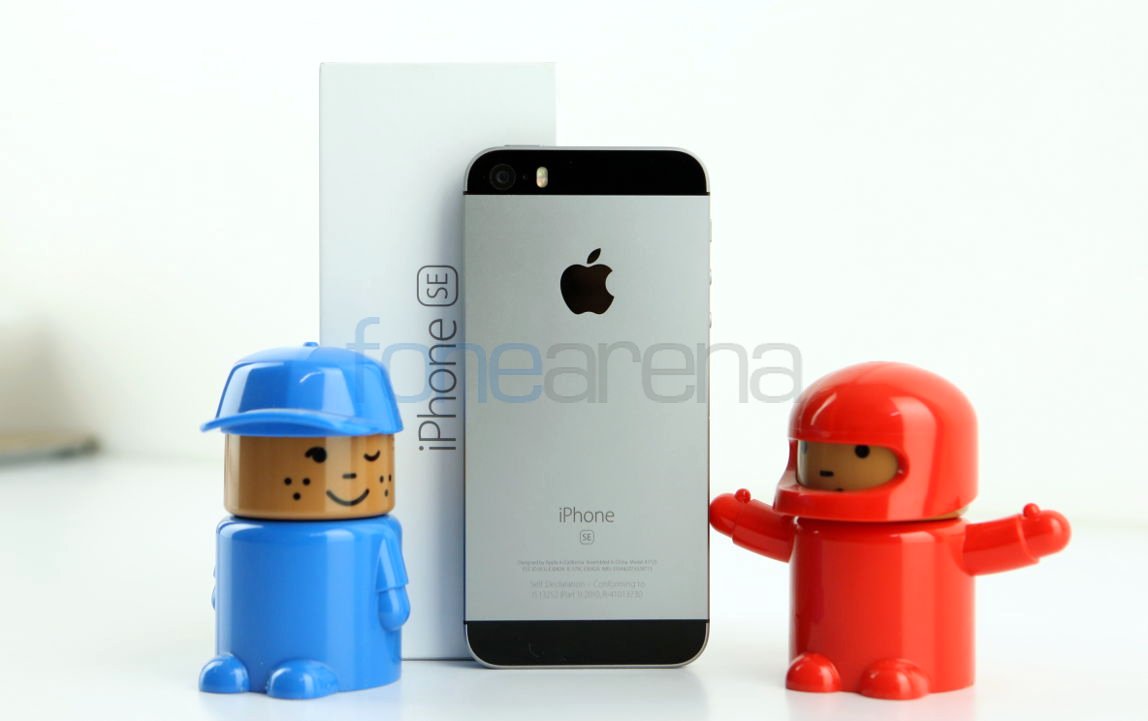 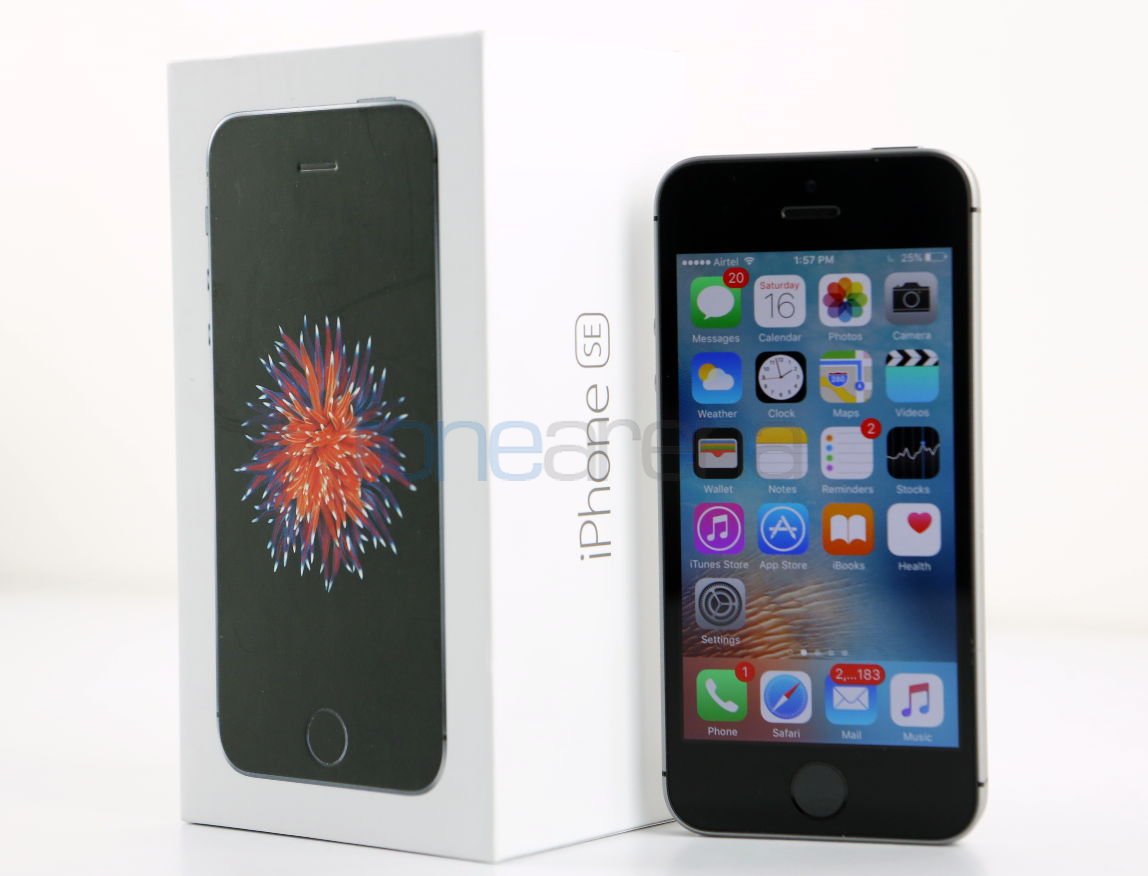 Apple announced something really different last month when it launched the iPhone SE along with smaller iPad Pro 9.7. We saw a smaller iPhone being unveiled for the first time and it has already hit Indian shores. This is, in fact, the fastest launch of an iPhone in India if you consider the global announcement and the market availability here.

The first thing you notice about the iPhone SE is how small and light it is. In a rapidly changing mobile phone market we have quickly forgotten that phones with 4-inch screens did exist and were quite popular for a long time before phablets started emerging. I totally love my iPhone 6s Plus and Galaxy S7 Edge and was obviously wondering how would I move to such a small screen phone. How did it work out ? Let us find out in our iPhone SE Review. 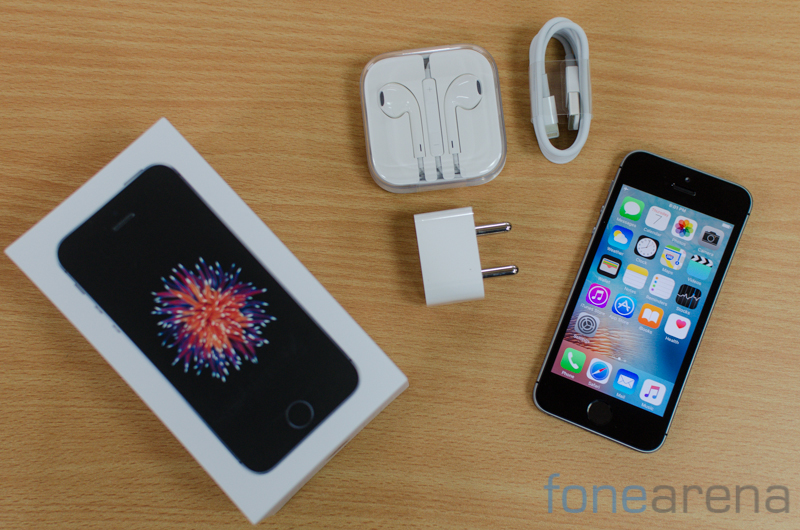 The SE features the same familiar and dated design of the 5S but it is certainly one of the best iPhone designs to date.The front is dominated by the 4-inch retina display which does take some time to get back to after using larger devices. The display lacks 3D Touch found on the 6S but you can access live photos with a long press on the screen. 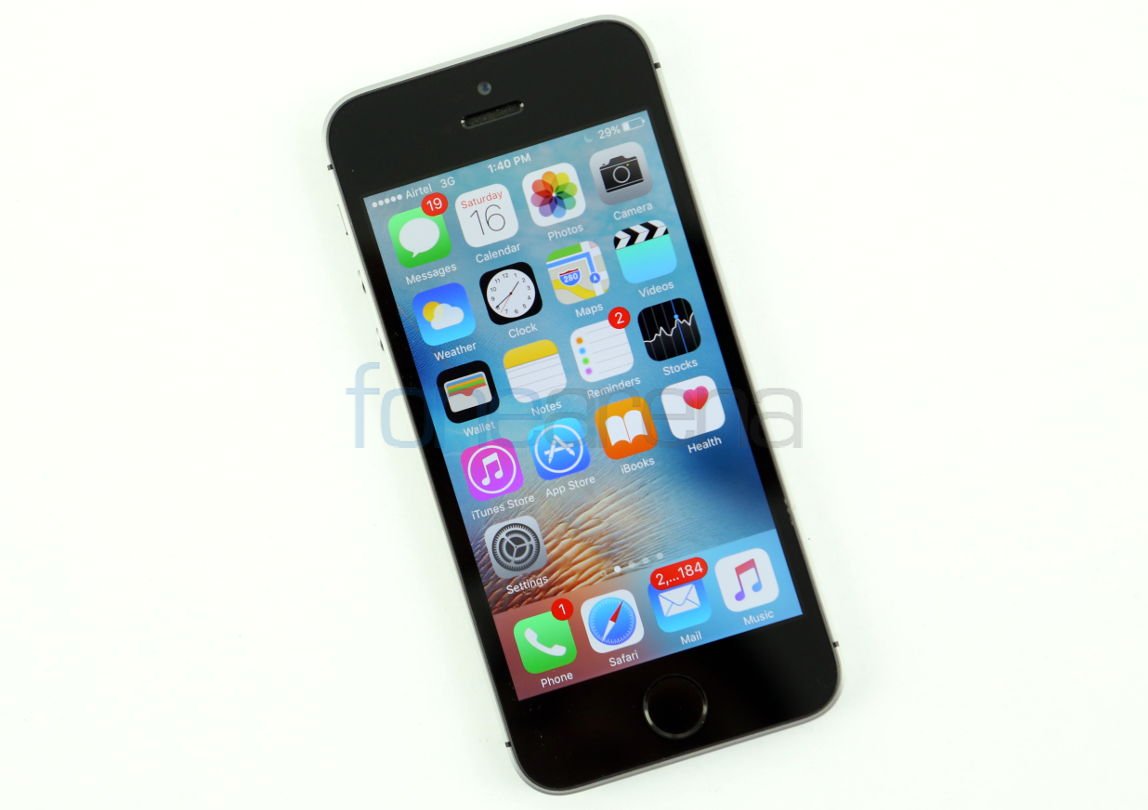 Above the display, you have the earpiece and the 1.2 Megapixel front facing camera. 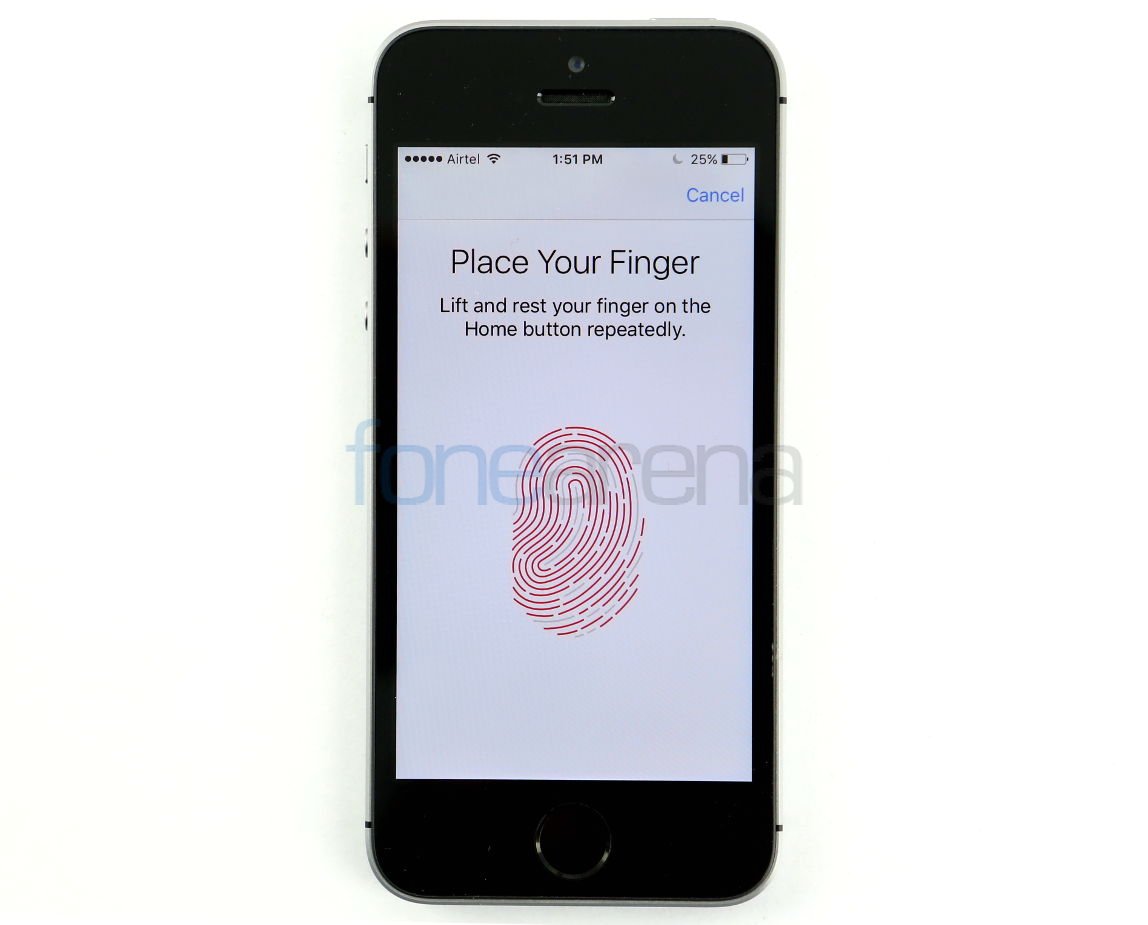 Below the display is the usual home button with the Fingerprint sensor built-in. 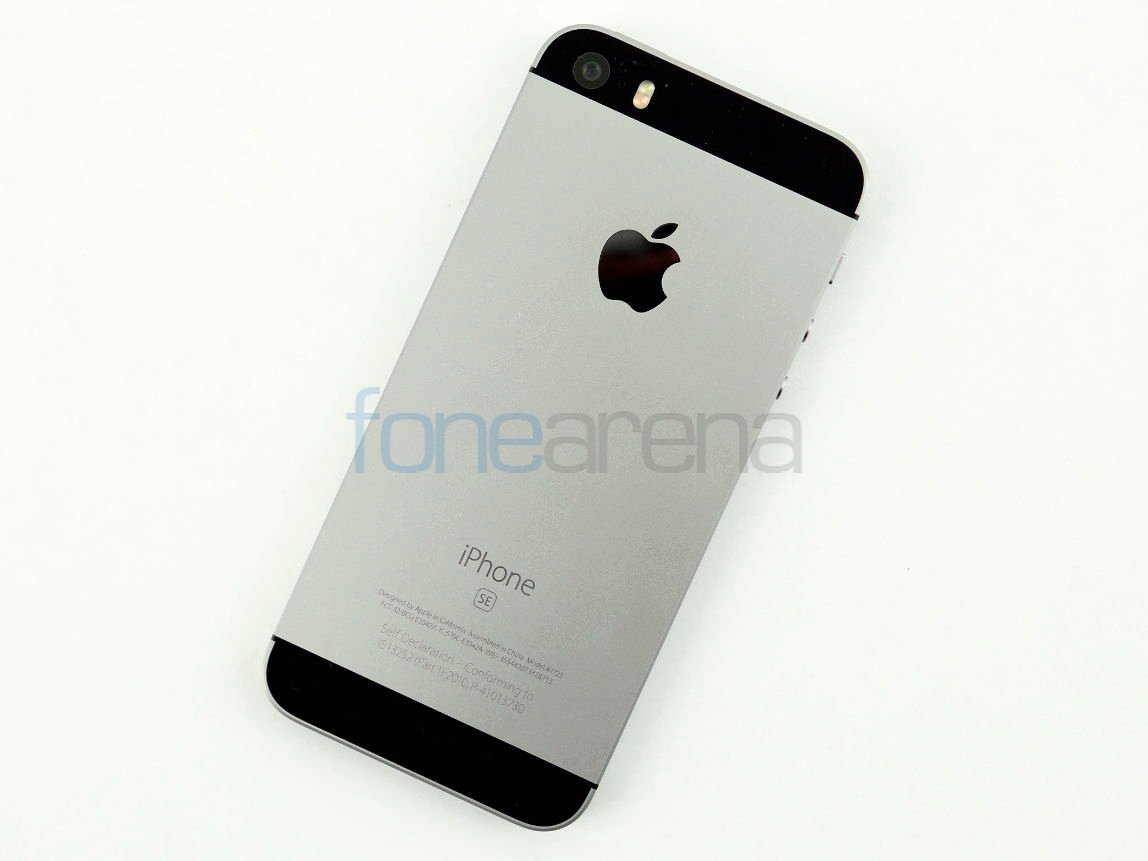 On the back is the 12 Megapixel Camera with the true tone flash right next to it. The camera is flush and does not protrude outside. Towards the bottom, you have the SE branding and also the regulatory information and product information.

You have the volume buttons and the mute switch on the left. 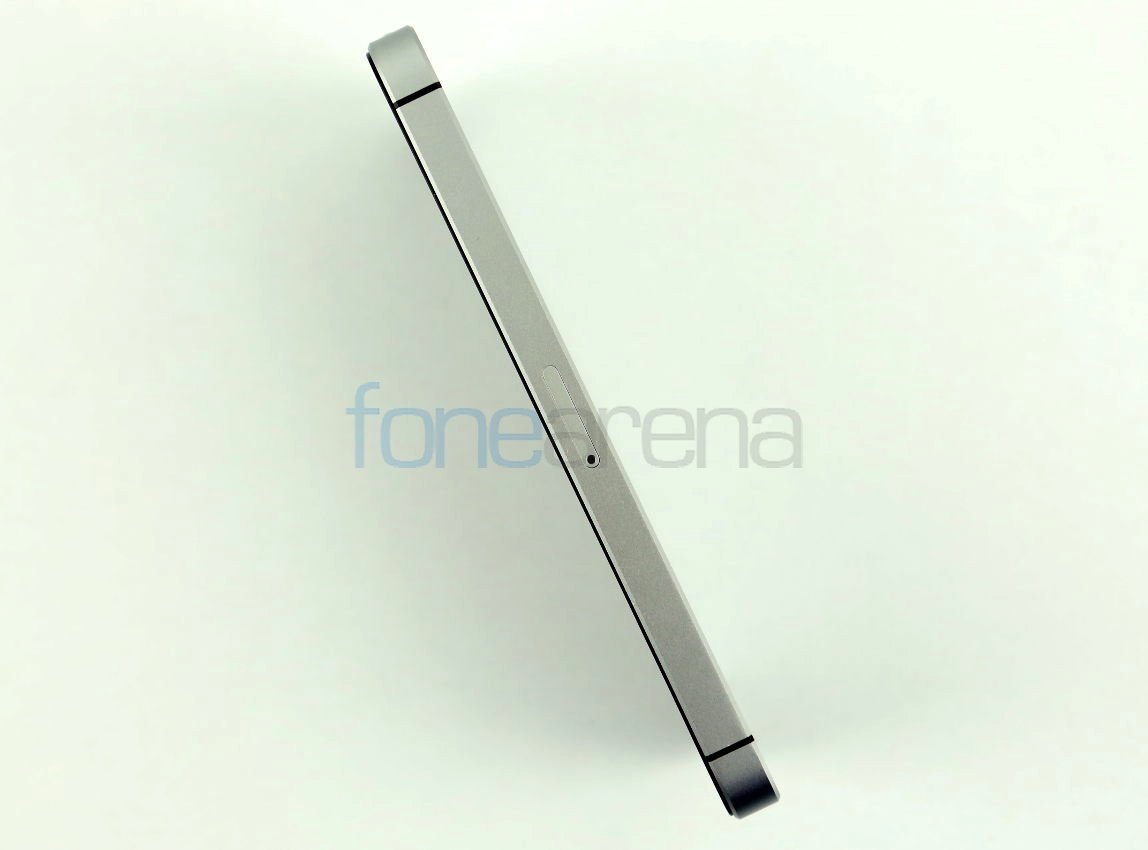 You have the SIM tray which houses the nano SIM card on the right.

On the bottom, you have the lightning connector, speaker grill and the 3.5mm headphone jack. 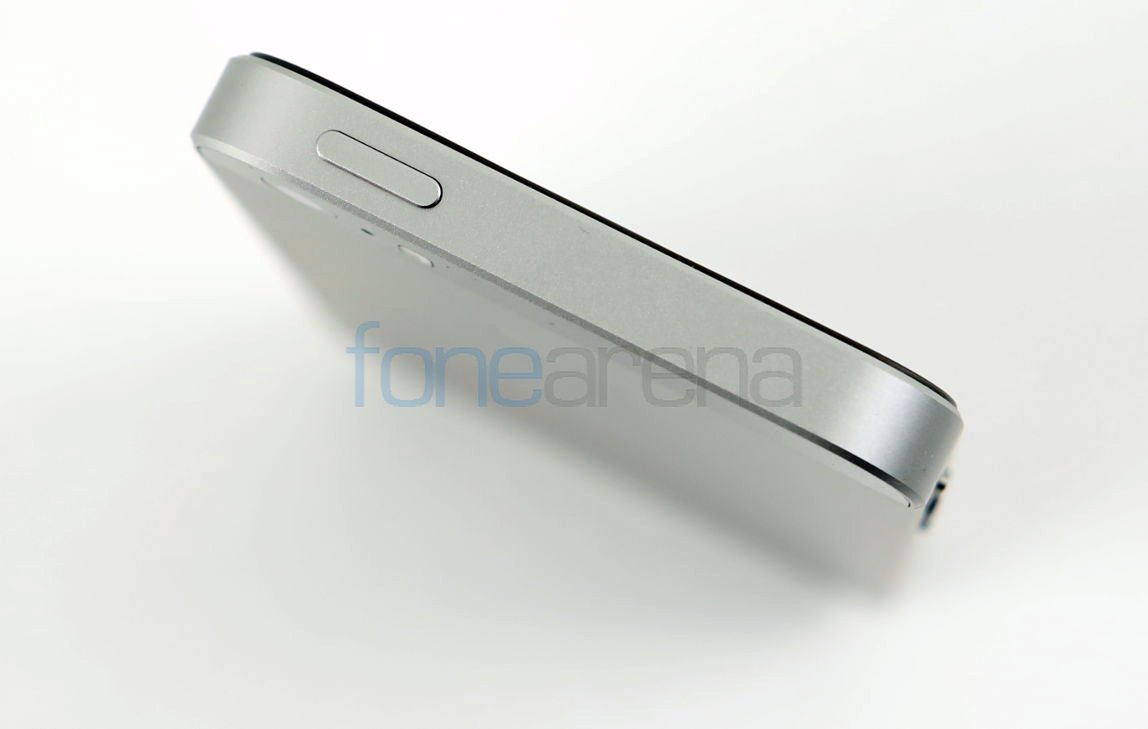 On the top, you have the power/lock switch on the right. 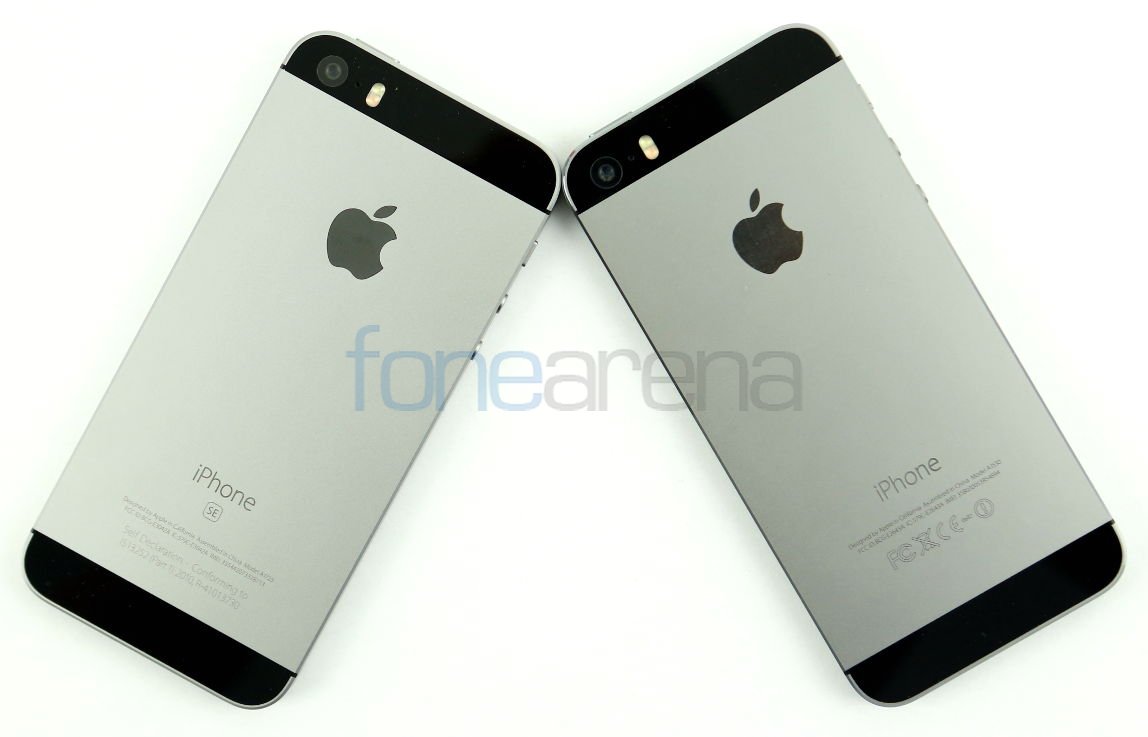 The SE looks just like the 5S except for the small ‘SE’ signature on the back which is the only way to tell them apart without powering it on. 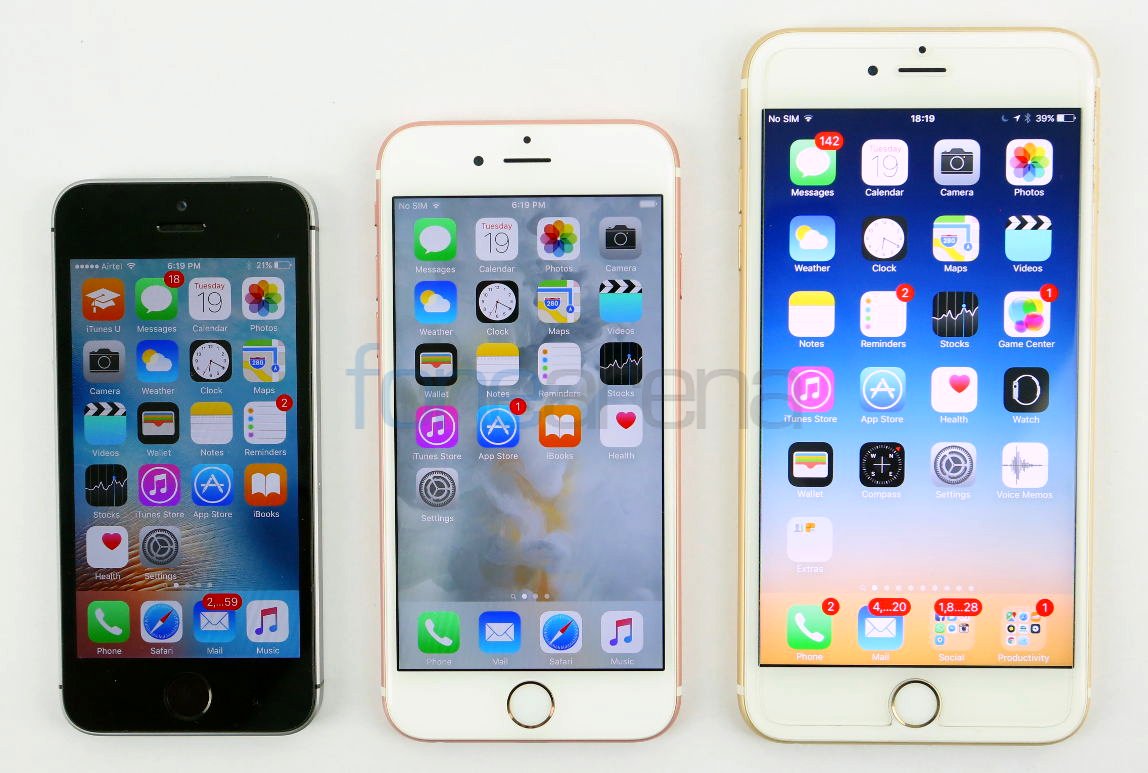 First thing you notice when you pick up the device is the return of the 4 inch screen.The iPhone SE looks exactly the same as the iPhone 5S from the outside but packs powerful internals found on the iPhone 6S. 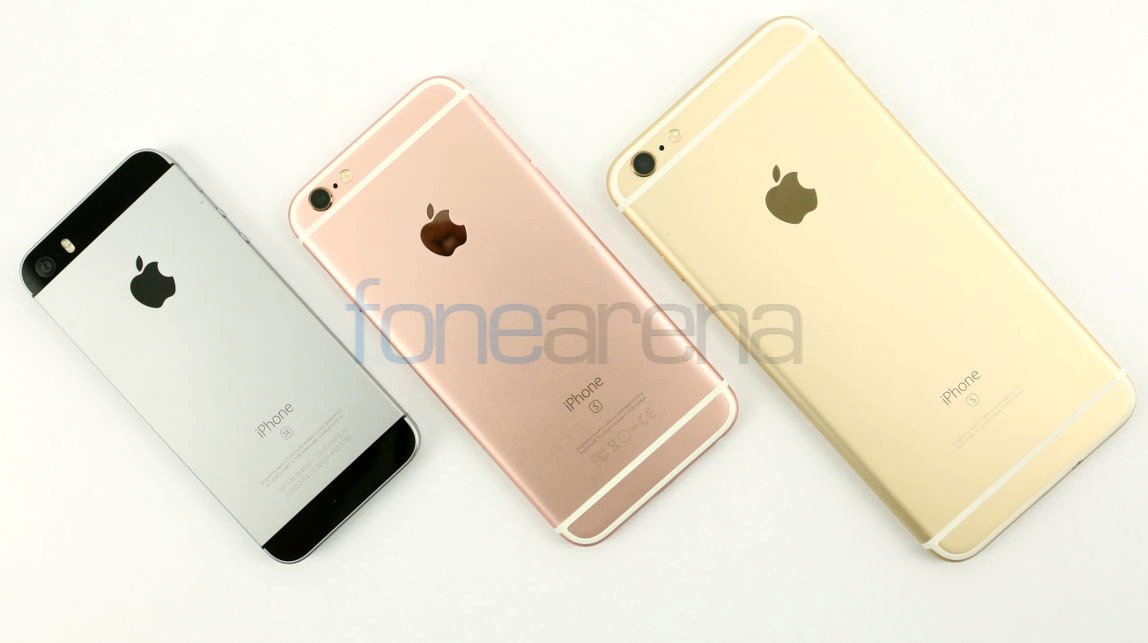 It barely weighs 113 grams and it is hard to tell if you are indeed carrying a phone with you, it is that light! The iPhone SE will also be sold in 4 colours –  Silver, Gold, Space Gray and a new Rose Gold

Although the phone design takes us back to 2013, the internals of the SE point to the iPhone 6s from 2015 which is the last major iPhone release until now. The device is powered by the Apple A9 chip running at 1.85GHz paired with 2GB of RAM. 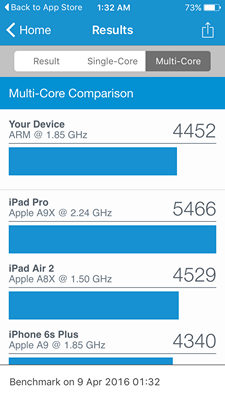 As you can see in the screenshot for Geekbench benchmark above, the SE is actually faster than the much more expensive 6s device which is surprising.

It is impressive how Apple managed to pack internals from a 2015 phone into a 2013 shell. We rarely see this in the cell phone industry.

In real-world usage, the device was pretty snappy at tasks and to my surprise, the snappy performance did not impact the battery life which is discussed later in the review. 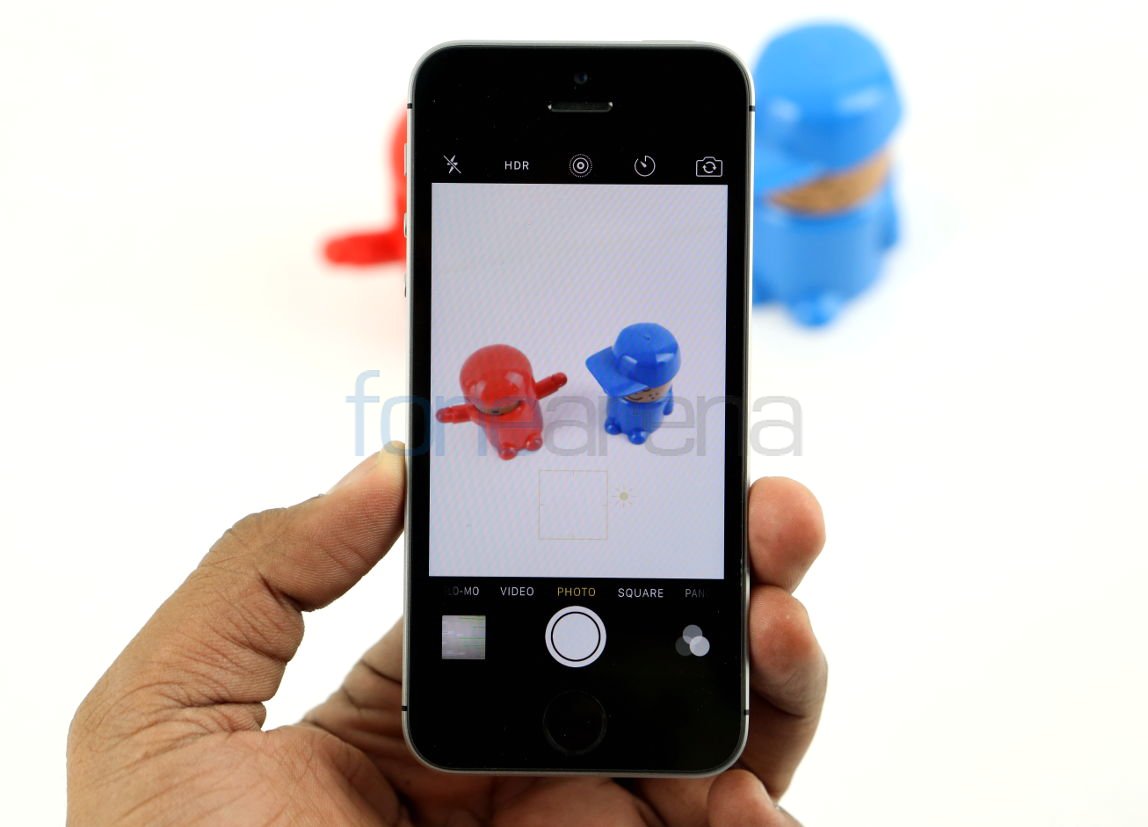 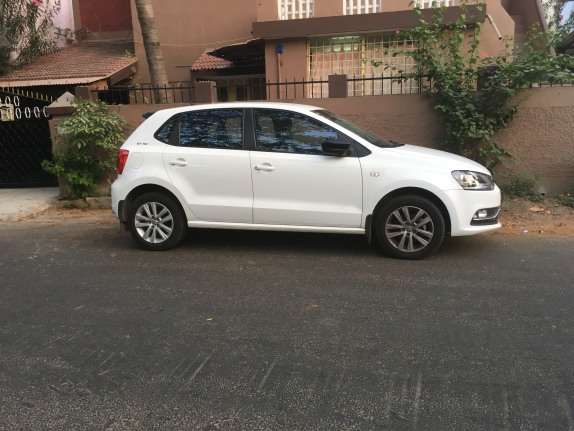 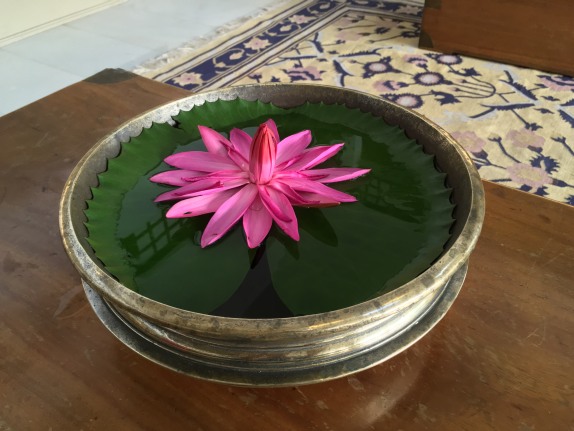 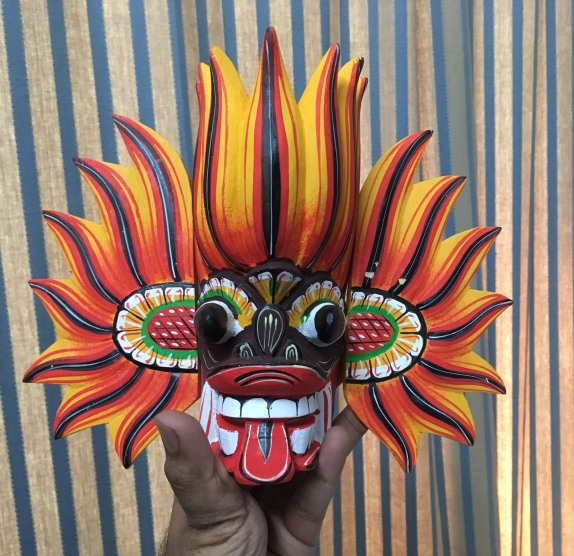 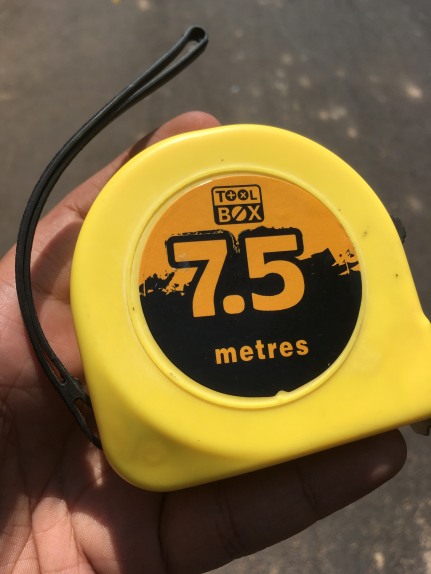 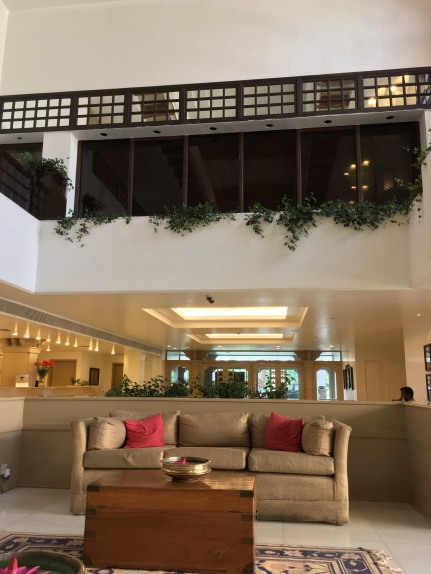 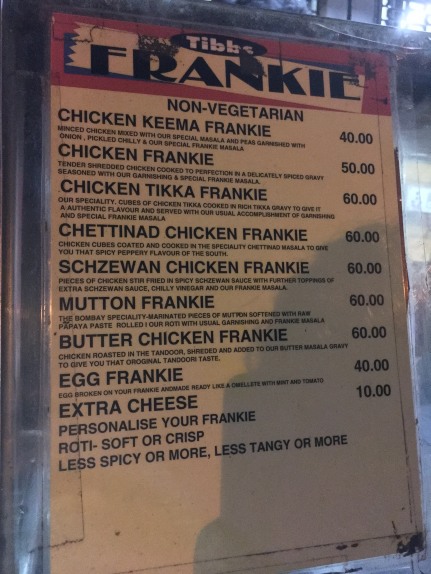 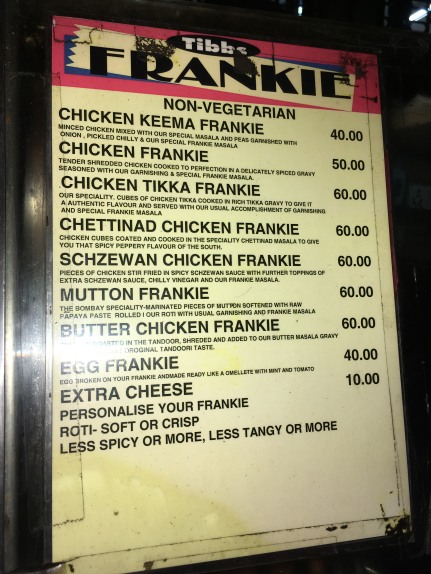 While the front camera is a letdown in the specs department, you can still click some decent selfies with it or even use the retina flash for taking selfies in dark conditions. 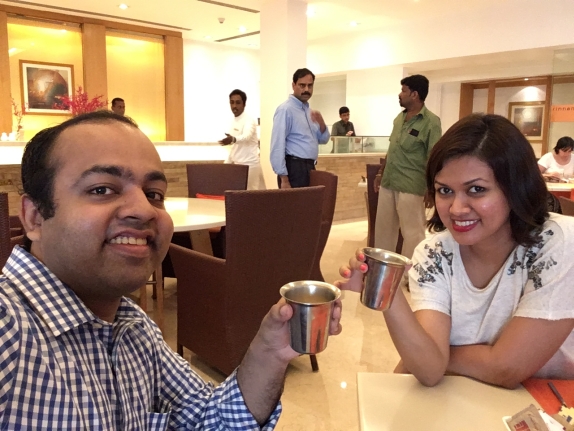 You can take really nice 60 Megapixel Panorama photos with the rear camera.

Live Photos was something which created a lot of excitement when the iPhone 6S came out and now this feature is available on the SE too. While Apple was not the first to bring this functionality, it can probably take credit for making it popular and has driven Facebook to add support for Live Photos.

The camera also supports slow-mo video at 120fps and 240 fps and also 4K video capture as seen in the above sample.

Although the phone lacks a dedicated camera shutter key, you can use the volume key like a shutter button and take a picture.

The iPhone SE runs on iOS 9.3.1 with pretty much all the features you would find on an iPhone 6s minus the 3D Touch feature. There is a Night Shift feature which lets you put your phone screen to a warmer tone at night.

It is good to see that iOS has improved over time and I found it to be really stable and smooth on the SE and some features which were not present on 5S can be found on the SE.

As you can see you get about 55GB on the 64GB version of the device.While on the 16GB model you get around 12GB of free space. 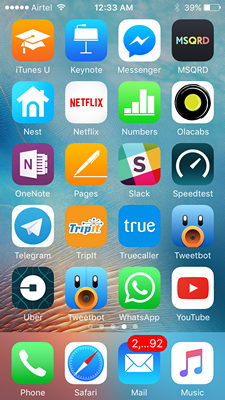 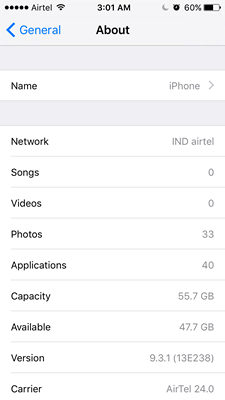 Siri can be launched by just saying the “Hey Siri” command once you have set it up and you can do a whole lot of things using Siri like on other iOS devices. 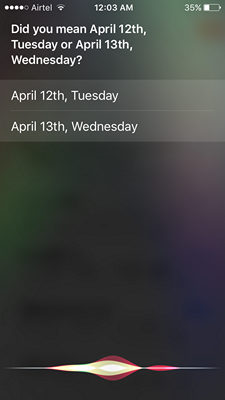 The wide selection and quality of apps on the AppStore is something which makes using the iPhone engaging and joyful. While there are paid apps and games, there is a lot of free content available too.

Apple Music is offered as a subscription for Rs.120 a month and totally worth trying given the free 3 month trial period. It offers you unlimited access to millions of tracks which can be played offline too. If you are into music or photography, don’t risk it with the 16GB version as you are bound to run of space quickly. For maps, the built-in Apple Maps offers only limited functionality in India and you are better off using Google Maps.

iOS does have some shortcomings like any OS. There is a call-blocking functionality within the OS and while it works reliably, coming from Android, I personally miss TrueCaller alerts which is immensely useful considering the numbers of calls I get from several unknown numbers.

You get access to certain applications such as Pages, Keynote, Numbers,GarageBand and iMovie for free. Regarding language support only English and Hindi are supported broadly but keyboard supports various Indian languages such as Hindi, Tamil, Bengali, Telugu, Marathi, Urdu, Gujarati and Punjabi. You can also install 3rd party keyboards from the app store such as SwiftKey which makes typing a breeze. 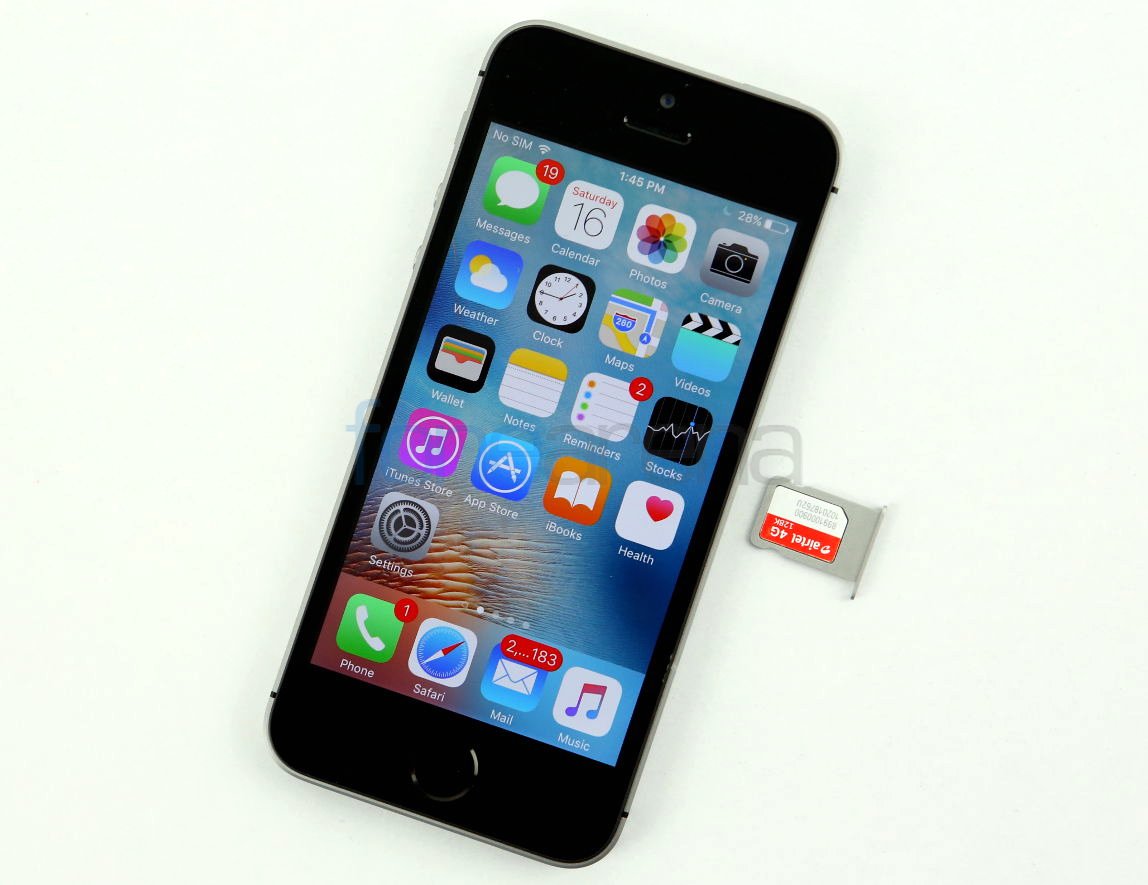 The device uses a nano SIM card which is fairly common these days. 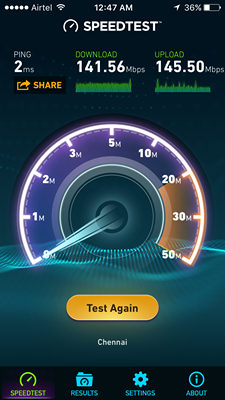 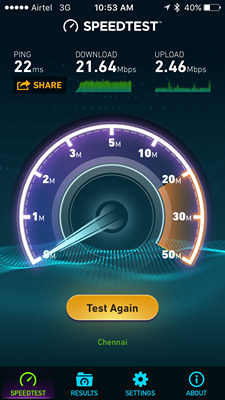 The phone supports faster WiFi and LTE networks and we did observe the same in our testing. Call quality was pretty good with no major issues.You can use the phone as a Hotspot for other devices like on most phones these days. 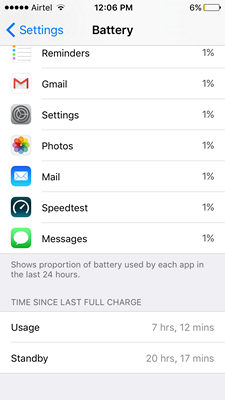 To my surprise, I had to charge this iPhone only once every 24 hours even after my heavy usage which includes a lot of phone calls, browsing over WiFi and 3G/4G, Camera, Google Maps etc.This is really interesting as this is probably the best performance I have got from an iPhone other than with the larger iPhone 6s Plus. For many users, the SE could offer better battery life than the 6S for which Apple even made a special battery case. Apple claims that SE offers extra 2 hours of battery life than the 6s for internet usage and video playback.If you get really paranoid about battery life you could turn on low power mode which will make the phone last even longer. Also, iOS has some really easy controls for limiting apps from using mobile data.

The iPhone SE is not for everyone but for those who want a powerful smartphone in a compact package. Unfortunately, the Indian pricing is not as attractive like in the US where the pricing is about $399 which is the lowest ever launch price of a new iPhone. But the message from Apple is clear and they want to take the iPhone to a much wider audience and that is the reason the iPhone SE exists. After spending some quality time with the SE, while I did miss the larger screen and typing on the small screen did take some time to get used to but after a couple of days, I loved how compact and yet a great performer the SE was. As a person used to juggling around multiple large screen phones in my pockets, the iPhone SE is incredibly tiny and light and the switch to a small screen phone was refreshing. Wish we see more such compact yer powerful phones in the market. The Xiaomi Mi5 we reviewed recently and the Sony XPERIA Z5 compact which was introduced at IFA last year are other great compact smartphones in the market right now. We are hoping to see much better price levels of the SE in the near future and this phone is bound to get popular. 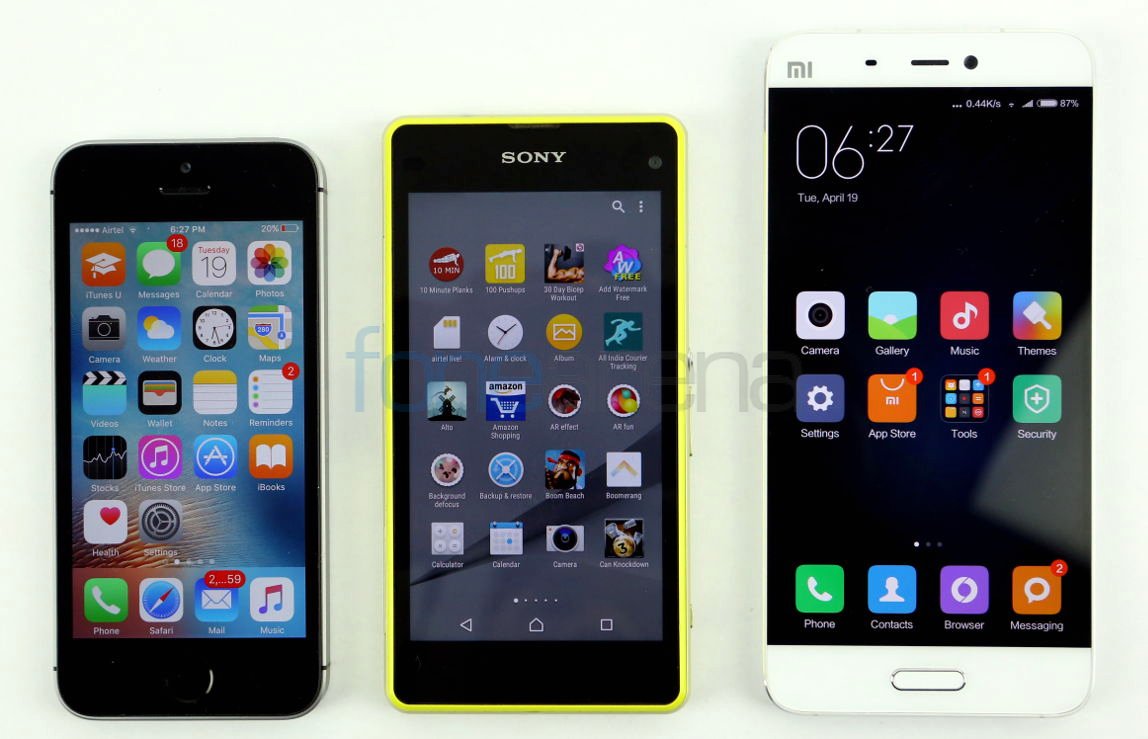