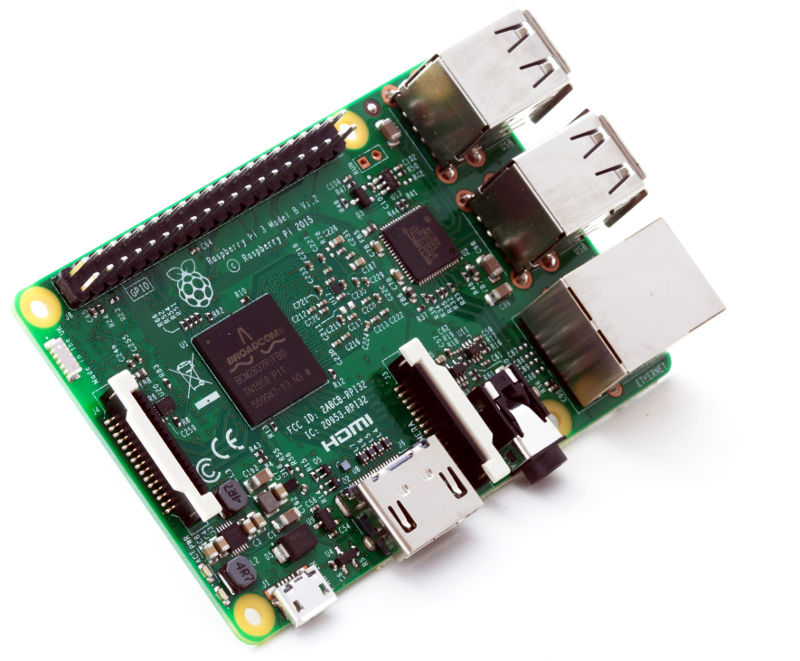 Months after introducing its most affordable Raspberry Pi Zero, the company has introduced the Raspberry Pi 3, successor of the Raspberry Pi 2 that was introduced back in February last year. Even though it is in the same size and has much of the same components on board as the Pi 2, the new Pi 3 has a faster 64-bit quad-core Broadcom BCM2837 SoC with ARM Cortex-A53 CPU, has built-in Wi-Fi 802.11n and Bluetooth 4.1.

“It provides a 50-60% increase in performance in 32-bit mode versus Raspberry Pi 2, or roughly 10x performance over the original Raspberry Pi,” said the company. The Pi 3 features a chip antenna where status LEDs were located previously and the status LEDs have been moved right next to the microSD card slot.

The Raspberry Pi 3 is priced at $35 (Rs. 2,400 approx.), same as the Pi 2 and is available from its partners element14 and RS Components. The company said that it will continue selling the Raspberry Pi 1 Model B+ and Raspberry Pi 2 Model B and is not planning to launch a Raspberry Pi 3 Model A, with the Model A+ form factor, during 2016. It will introduce a BCM2837-based Compute Module 3 in the next few months.