Twitter has rolled out Fabric app for developers on its Android and iOS mobile apps. The mobile apps will allow developers to monitor various analytics and diagnostics about their applications. 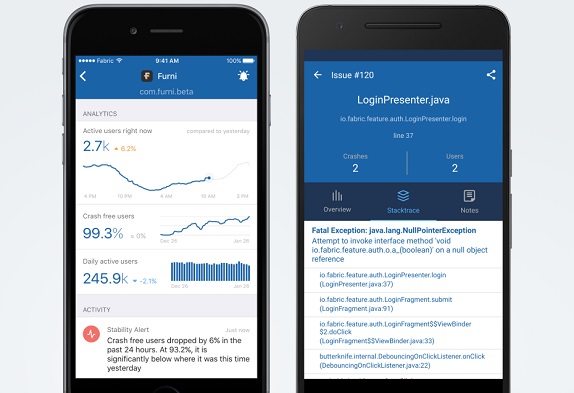 The Fabric mobile app makes it easy for you to know what’s going on with your app. We sift through millions of events every day to intelligently give you the most important information. And starting today, our real-time alerting system will send you a push notification when something critical is affecting your app.

Prior to the release of the mobile app, developers had to depend on Fabric’s desktop variant to keep a track on all the activities happening on their app such as counting a number of monthly active users or the average length of users’ sessions, or discover crashes affecting certain users. The app features push notifications for real time updates about major issues and even offers a look at how many users are affected, as well as which platforms and specific devices have been hit with the issue.

In addition, developers with multiple apps can customize the notifications on a per-app basis. Fabric says that it has turned the frequency down by default so developers will only receive notifications for high priority issues. It also offers a mute option in case you don’t want to interrupted.