Google app will soon allow you to give the “Ok Google” voice command even when you are offline. As per a new code for the app users will be able to use the voice command without an active data connection. 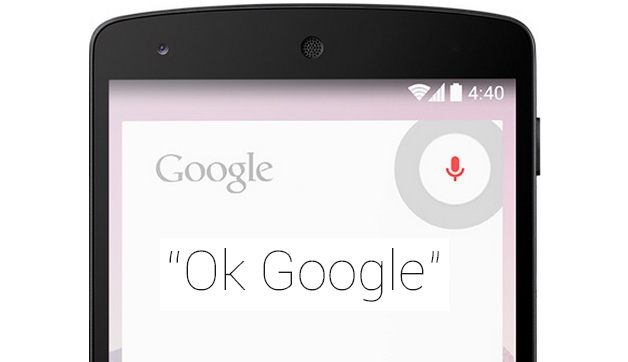 According to the teardown of the code by Android Police, the update does contain hint to some of the major changes coming to the app, including the ability to use “OK Google” when you are offline. Users will be able to “Make a call,” “Send a text,” “Play some music,” and “Turn on Wi-Fi” by using “OK Google” command. At present users cannot access the “Ok Google” without an internet connection.

The app also contains some code which indicates that other features might soon be linked up with voice commands, such as turning up the screen brightness and the device’s volumes. In addition, the code hints at another feature that will warn if you are connected to an insecure network. Finally, the Google app also shows signs of the possibility for issuing a command related to Google Cast. There are also mentions of some new Maps interactions such as new alerts for public transit and potentially Maps populations based on a user’s current location or recent search results. The feature is not live currently but offline voice command support will be a useful addition.