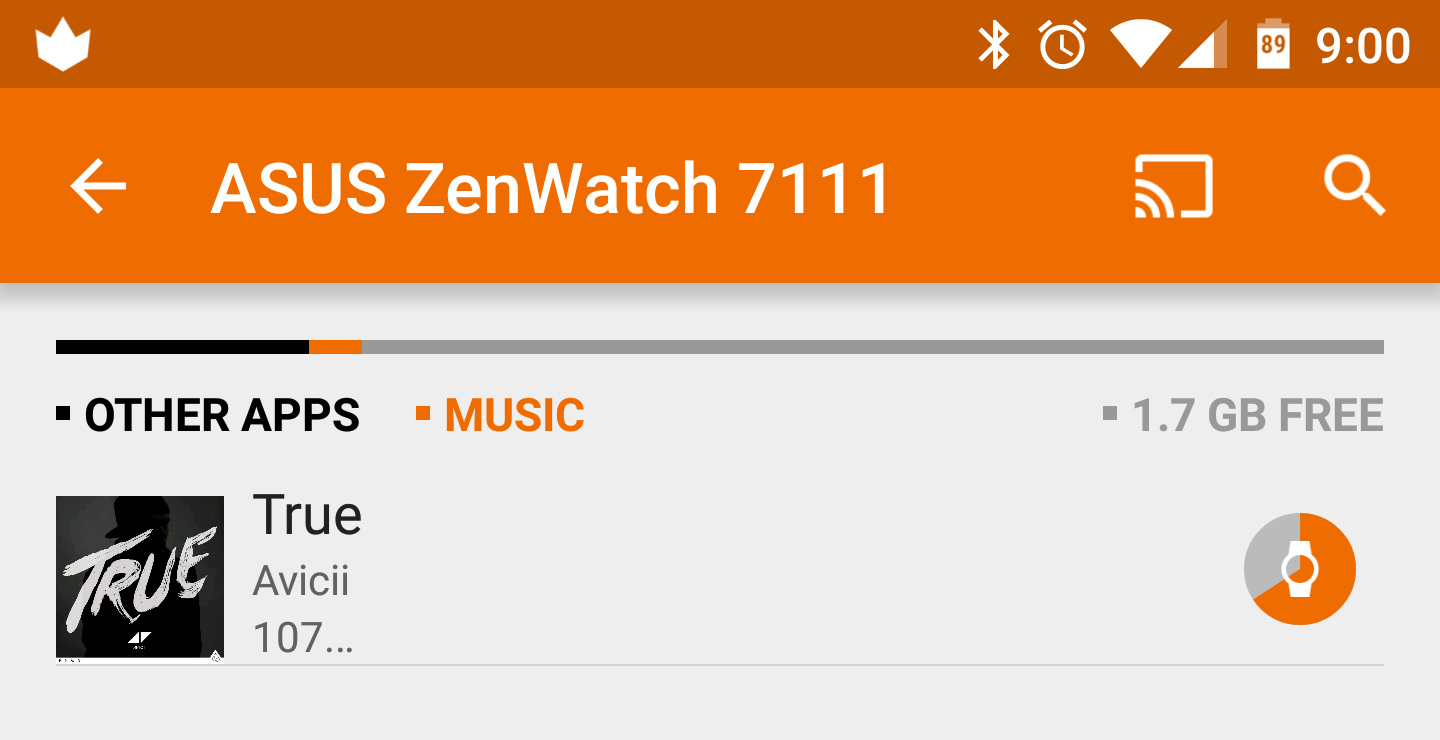 Apart from the changes to your smartphone and tablet, the latest v6.0 update for Play Music does bring in other improvements as well. It comes bundled with Android Wear companion app v2.0 that comes with a download manager for music that is synced to your smartwatch.

The indicator fills up as the tracks sync and you can just tap any of the songs in order to remove them from the sync. It even shows you the amount of free space available on your smartwatch. However one annoying little thing is that every music that you download will automatically start syncing with your smartwatch and you will have to remove it manually or stop it before it actually syncs. Hopefully Google will add an option to customise this as well with the next update.