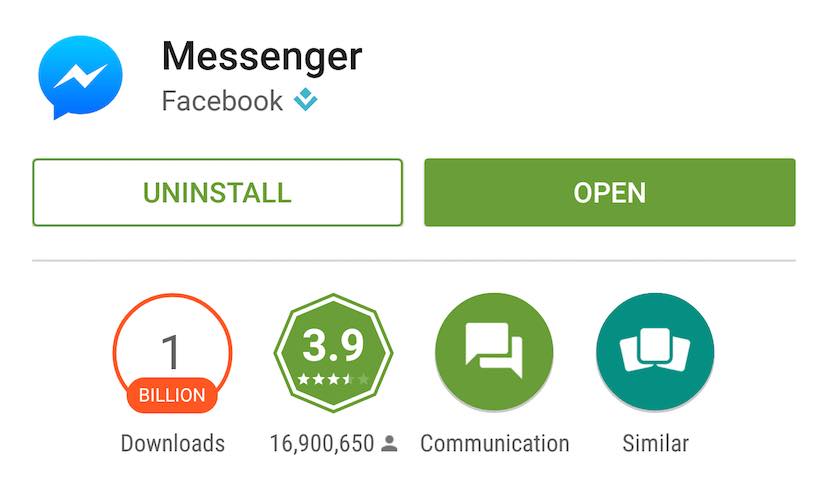 David Marcus who is the VP of product Messaging at Facebook has posted a photo on Facebook that shows that the Messenger app for Android devices has crossed 1 billion downloads.

The number of downloads that have been registered in Google’s Play Store have crossed 1 billion. It took around a year for it to hit the billion mark. Around the same time last year is when it crossed the 500 million mark. While the achievement doesn’t mean that there are over 1 billion active users as it merely indicates the number of times the app was downloaded, it still is an incredible feat. Messenger joins the Facebook app and Whatsapp to become the company’s third app to cross a billion downloads on Android.