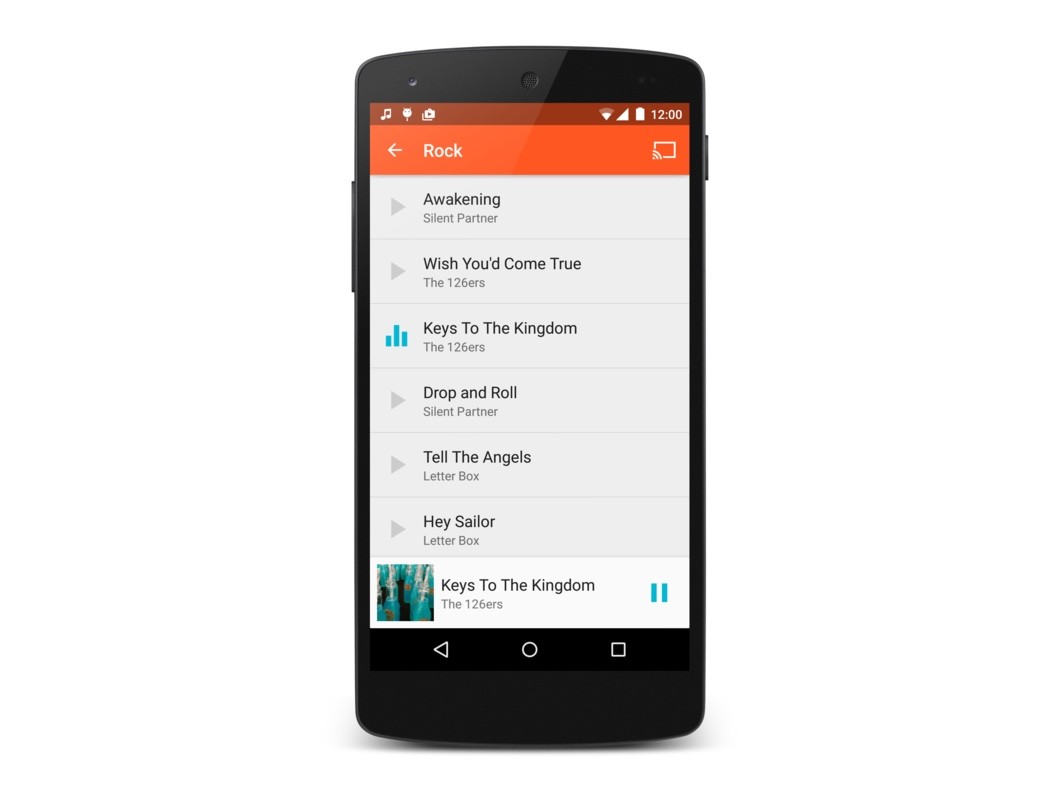 “It is now possible to bring the benefits of your app to your users wherever they happen to be, no matter what device they have near them. Today we’re releasing a reference sample that shows how to implement such a service with an app that works across multiple Android form-factors.

The app combines a number of different features from Android 5.0 Lollipop and will show developers the recommended way to build their apps for Wear, Auto and Google Cast devices. It shows developers how to implement features such as putting playback controls and album art on the lock screen and controlling playback through Android Auto and Android Wear.

The sample uses features such as MediaStyle notifications, MediaSession, and MediaBrowserService. These features are what allows content to be spread from device to device.