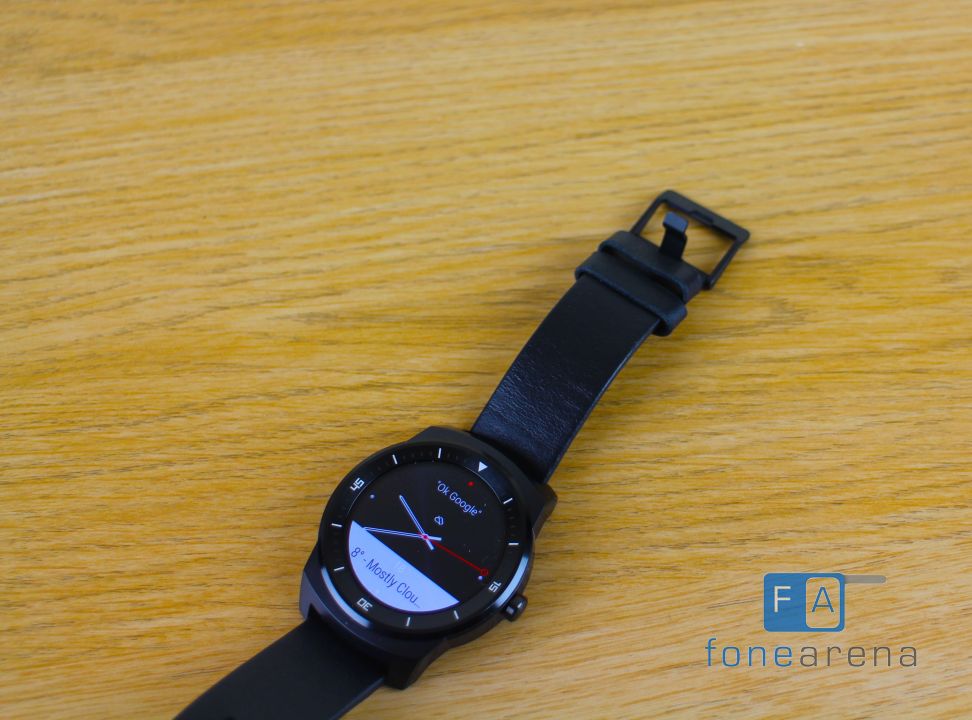 Looking at the range of Android Wear smartwatches available on the market, there’s one key similarity between most of them; they feature square watch faces. Back when Google announced the Android Wear OS, they also part-announced the Motorola Moto 360 which features a round watch face and to challenge this, LG revealed the LG G Watch R back at IFA 2014 in September. Having spent two weeks with the LG G Watch R, what do we think?

We’re currently preparing our full review of the LG G Watch R so we won’t be reviewing all aspects of the G Watch R in this post. Instead we’ll be taking a look at how it compares to the Sony Smartwatch 3, whether Android Wear is suitable for a round watch face and how good the battery life is. 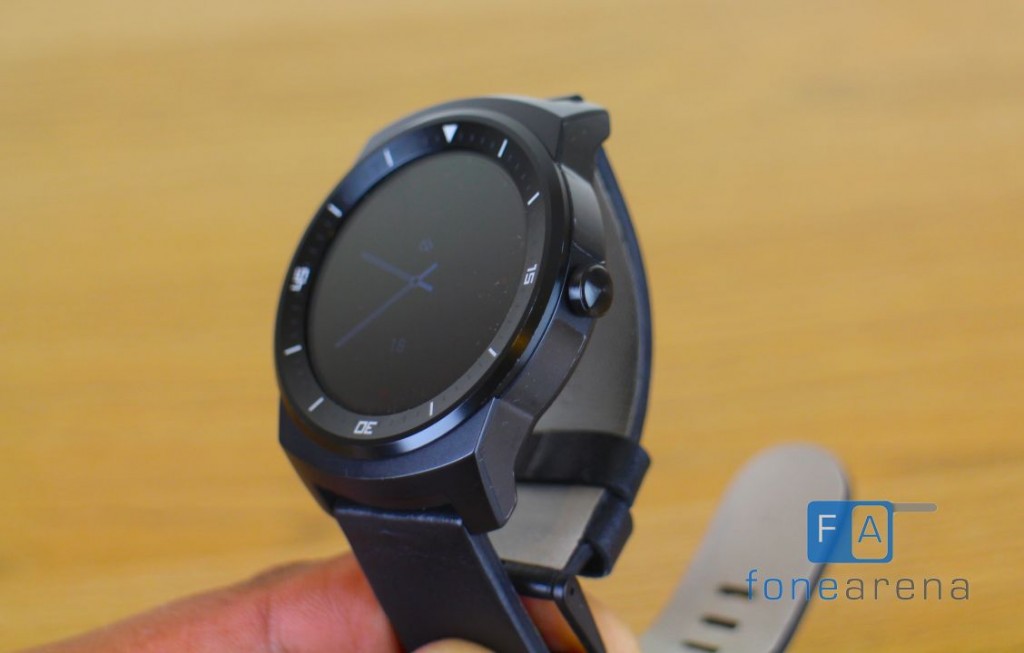 The first thing you’ll notice about the LG G Watch R is that it looks like an expensive watch. Unlike the Sony Smartwatch 3 which has a silicon band and a front that doesn’t stand out, the G Watch R looks like a premium smartwatch and akin to those used by explorers. The design of the G Watch R is arguably one of its greatest features and whether you’ve used a sub-£100 watch or a £1000 watch (e.g. a Rado or a Rolex) like I have previously, you’ll fall in love with the G Watch R.

Another area where LG have done really well is to offer a range of custom watch faces. From a compass and explorer face to digital, analogue and a host of unique watch faces, there’s really something for everyone. Once updated to the Android Wear Lollipop build, the G Watch R will be compatible with third-party watch faces which will make the experience even more unique to you. We’ve seen Sony offer only a handful of options but with the watch faces being one of only a few areas that OEMs can customise the Android Wear experience, LG have tried to appease any user. The Gallery above shows the different watch faces available on the LG G Watch R.

Whilst the range of watch faces is impressive, the rest of the Android Wear experience is less so. I previously reviewed the SmartWatch 3 and was really impressed by Android Wear (more so than the Tizen-based OS on my daily watch, the Samsung Gear 2 Neo) but on the LG G Watch R the experience is lacking for one simple reason: the round watch face. 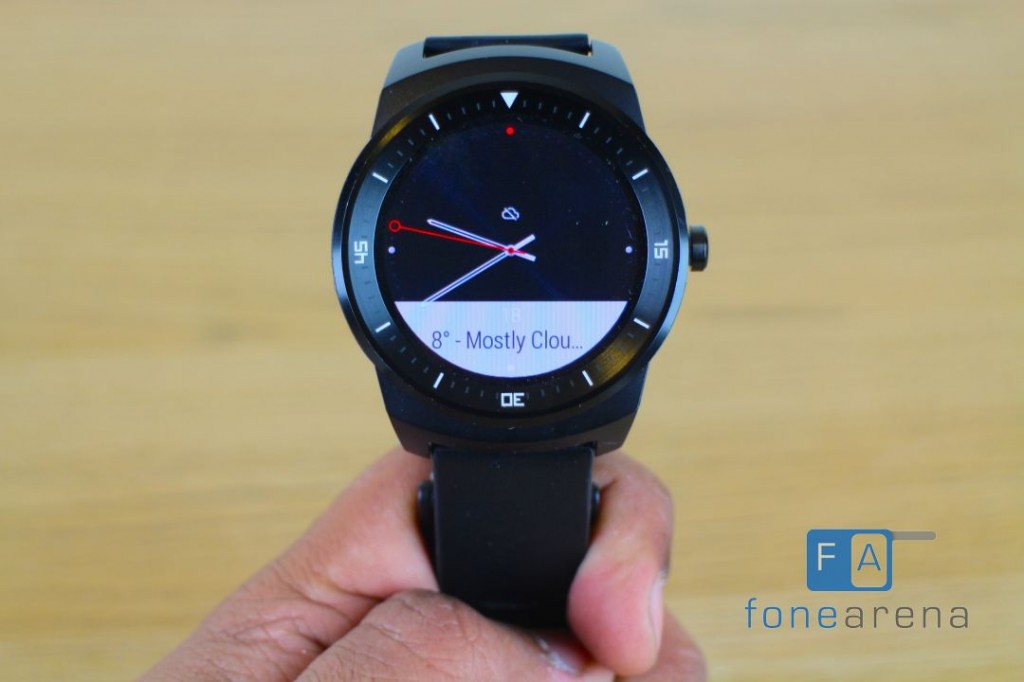 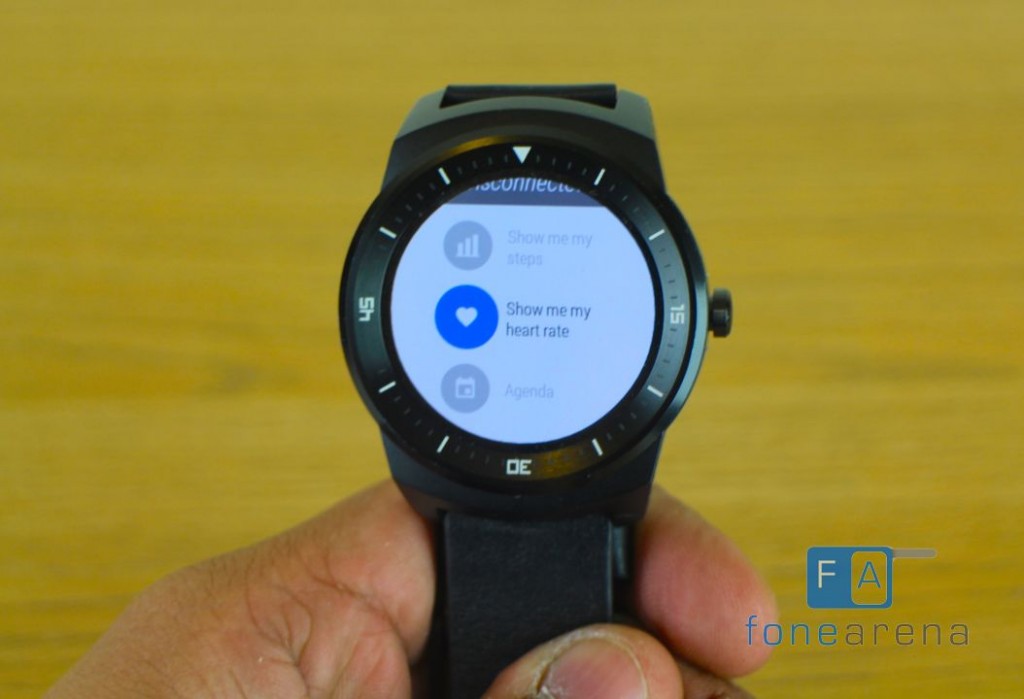 There’s no denying that Android Wear performs very well on a square watch face but when used on a round watch, the edges of text and notifications are often chopped off. Furthermore, instead of reading in left-to-right in a uniform manner, you’ll find yourself adjusting to reading in a circular fashion and whether it’s on the pop-up card or the full notification, the lack of word wrapping results in a less than satisfactory experience. On the Smartwatch 3, I found myself often reading notifications and replying to them on the watch but on the G Watch R, I actually preferred to even check notifications on my handset. 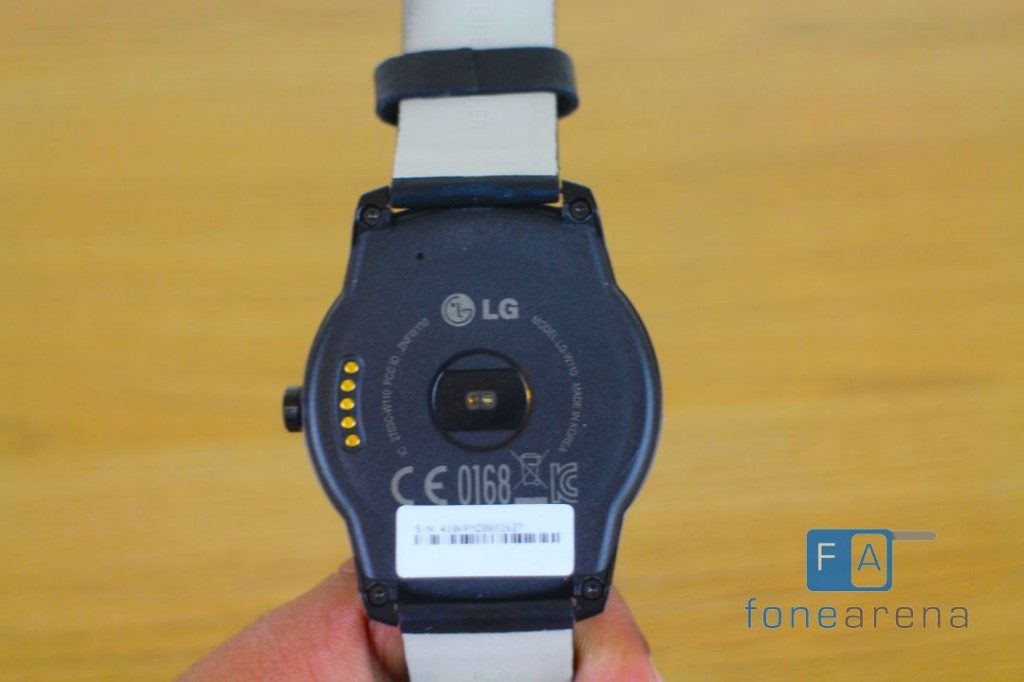 Battery Life is a factor that can make or break your smartwatch experience – after all, what good is a watch that needs charging daily? With the LG G Watch R, you’ll find yourself needing to charge it every night. It might have been an issue specific to our review unit but we also found that the watch would occasionally drain the battery even with over 50 percent charge remaining.

Like most smartwatches – but not the Sony Smartwatch 3 – the LG G Watch R uses a proprietary charging dock which fits comfortably on the back of the watch. We actually found that the connection between watch and dock would often disconnect with the slightest touch so this is something to be wary about. Overall battery life on the LG G Watch R is around the single-day usage; depending on your usage, you might be able to stretch this to a day and a half but given the requirement to use the charging cradle, you’ll probably want to charge it every night.

Overall using the LG G Watch R has been an interesting experience – the hardware feels every bit a premium watch and whilst the software is impressive, it’s definitely lacking. The case of a round smartwatch is certainly interesting but the key issue for the G Watch R is something out of LG’s control: the Android Wear OS treats round watches as a small square watch face covered by a round display. The result is a disjointed experience which is a shame as the LG G Watch R could have been great.

Summarising the LG G Watch R in one sentence, I would say:

Whilst it has fantastic hardware and looks the part, the software suggests the LG G Watch R is a square smartwatch masquerading behind a round watch face.

Special thanks to Clove Technology for loaning us the LG G Watch R.