Facebook has taken wraps off a new app that lets users create and interact with communities on the social networking website. Dubbed as Groups, the app which is present on Android an iPhone allows users to create, join and navigate between groups easily. 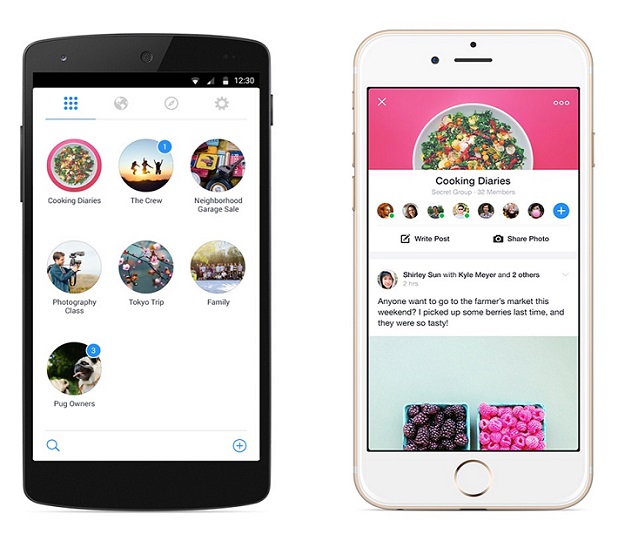 Groups is a mini Facebook that also has a News Feed of photos, links, and status updates. A group can be of friends, family, co-workers, team player and so on. The app brings all your groups at one place and the groups you use most come on top of the list and users can quickly move between each group. A Discover tab is also added the Groups app that surfaces groups you may like based on the groups and pages you have already joined. Users can track and control the notifications as per their choice.

The company says the new app is built for people who use Groups frequently and aims to give them “an easier and faster experience interacting with all their Groups. Facebook also said that more than 700 million of Facebook’s 1.35 billion members use Groups. Groups is the fifth app from Facebook Creative Labs since January, while the other four apps that launched earlier this year are Paper, Slingshot, Mentions and Rooms.