Samsung recently announced Galaxy A3 and Galaxy A5 smartphones from the metal A series. According to a report, both these devices are facing signal strength issue. 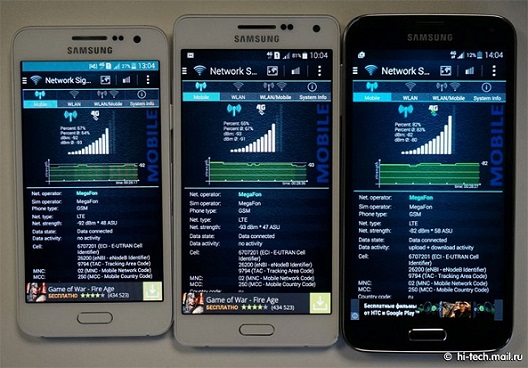 A new report from Hi-Tech.Mail.ru is claiming that Galaxy A3 and A5 are facing cellular signal strength issues. Both the devices that are made of entire metal bodies received a weaker signal strength compared to Galaxy S5. The Galaxy S5 has a signal strength reading of -82 dBm, while the A3 and A5 only got -92 dBm and -93 dBm respectively.

The report further states that the reception of these metal Galaxy phones is significantly worse than plastic models. Also, the test was carried by using same SIM card in same location. Both handsets will be first released in Asia in limited batches, which according to a report is apparently due to manufacturing issues that Samsung is experiencing with the metal builds.
via