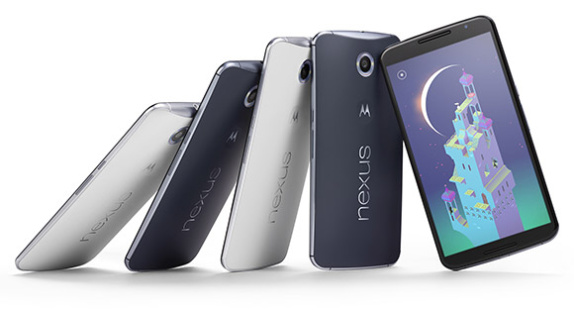 Google has officially introduced its next generation Nexus smartphone. The announcement was made through a blog post and there wasn’t any special event as rumoured before. Google has chosen Motorola as its manufacturing partner.

As the name itself suggests, the Nexus 6 comes with a 6-inch display with a resolution of 2560 x 1440 pixels, which accounts to a pixel density of 496ppi.

The design language of the Google Nexus 6 is inspired by the Motorola Moto X2 and comes with two stereo speakers in the front. 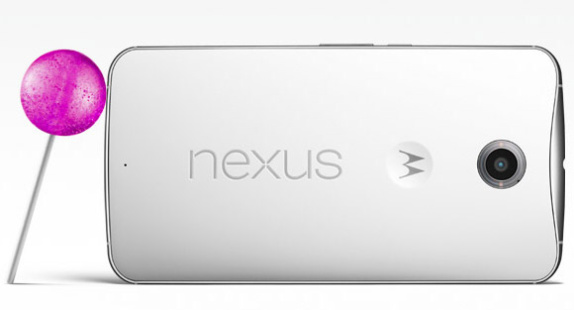 Obviously, the newest Nexus runs on the latest Android L, which is now termed as Android 5.0 Lollipop. The battery is a 3,200mAh unit and it is non-removable just the ones from the previous model. Google Nexus 6 features turbo charging that allows users to get up to 6 hours of usage with only 15 minutes of charging.

The Motorola Nexus 6 will be available in two color options – Midnight Blue and Cloud White. Google will start accepting pre-orders from October 29 and the shipments will get dispatched sometime in November.

Surprisingly, the Nexus 6 will not be as affordable as its predecessor with the 32GB SIM-free version priced at $649. In Europe, the 32GB and the 64GB variants are expected to cost you €569 and €649 respectively. As always, the unlocked model will work on all the four major US carriers. Google says that it will soon offer Nexus 6 through AT&T, T-Mobile, Verizon Wireless, US Cellular and Sprint.