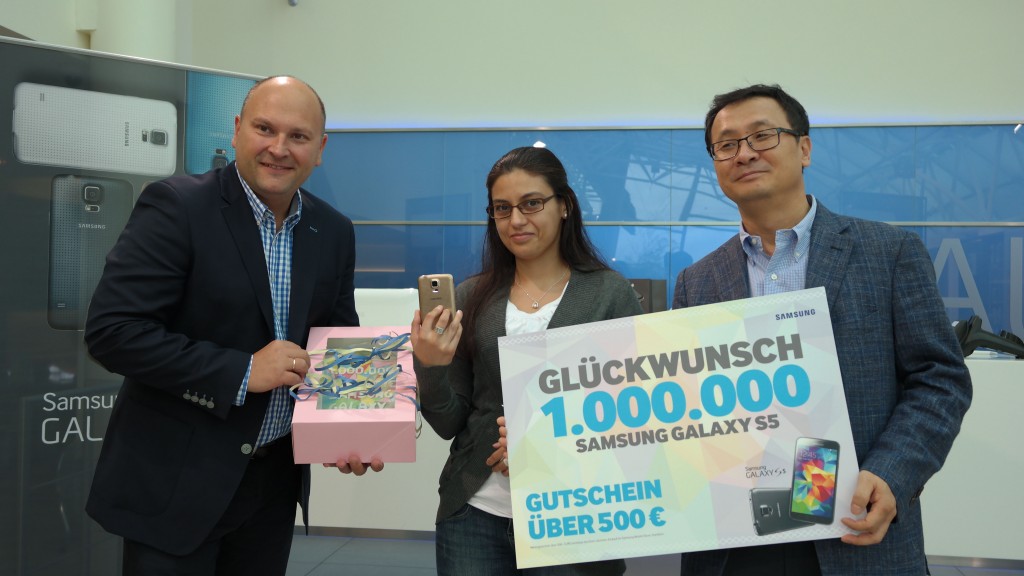 If you thought Samsung had forgotten about the Galaxy S5 after the unveiling of the Note 4, well, you were wrong! Startling figures reveal that Samsung has managed to sell a massive one million units of its current flagship (until the Note 4 goes on sale, of course), the Galaxy S5, in Germany alone. Considering that Germany has lesser number of people than the Indian state of Maharashtra (source: Google), these numbers are pretty darn big.

In case you forgot what the Galaxy S5 — or GS5 as it is informally known as — comes with, here’s something:

SamMobile reports that one million is the number of actual sold devices, and should not be confused with the number of devices shipped to resellers. The millionth customer was also surprised with a 500 Euro voucher.

All eyes would now be on Apple, as the iPhone 6 along with the 6 Plus just went on sale yesterday. Do you think these numbers intimidate Apple?