Last week a report stated that Microsoft will soon replace Nokia and Windows Phone branding on its upcoming devices. Now, photo of a latest windows phone with new Windows branding has been spotted. 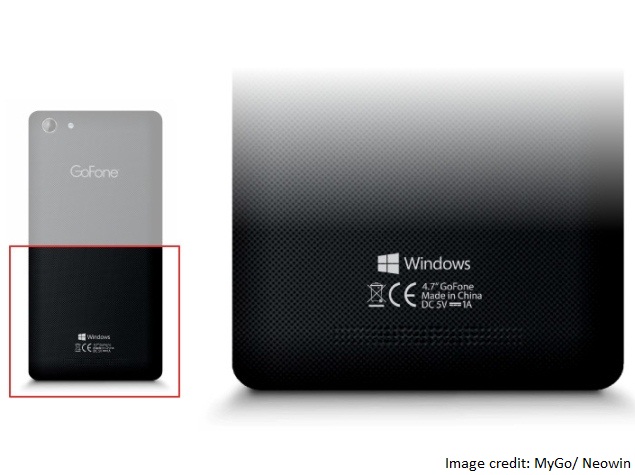 A British brand by the name My Go is working on its first Windows Phone that bears a new Windows branding. Dubbed as GoFone GF47W, the phone has a Windows logo at the rear back along with just the name ‘Windows’. The latest move from Microsoft comes as the company wants to unify all their brands.

In addition, Microsoft is also dropping the Nokia name from future Lumia devices. This was found in a leaked internal document last week. The company is also chucking the word ‘phone’ from Windows Phone branding. There is no official word from Microsoft about the change in branding.