Motorola is expected to launch its next iteration of smartphones along with the Moto 360 on September 4th. We have heard a number or rumors about the specifications of the Moto X+1 but a latest GFX benchmark listing gives further details about the phone. 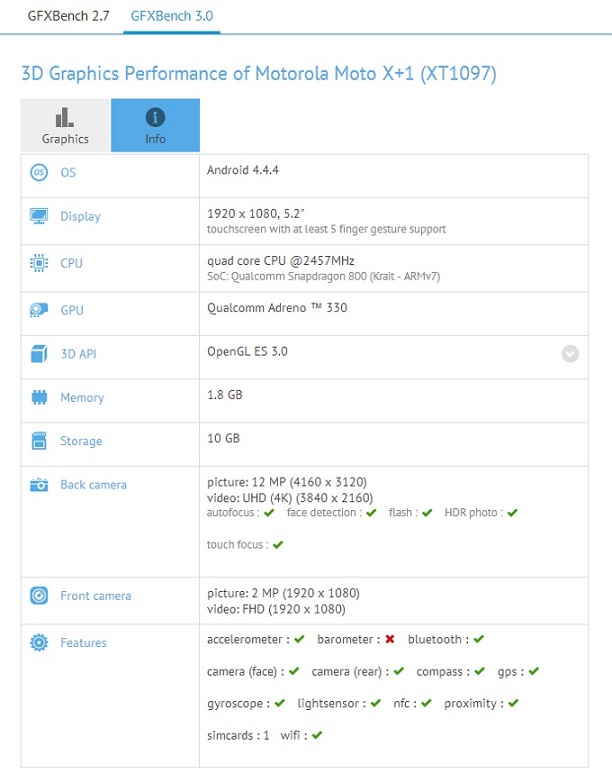 The phone has appeared on the GFX benchmarks with model number XT1097. As per the listing, Moto X+1 will likely have 5.2 inch screen with 1920 x 1080 in resolution. It will be powered by 2.47GHz Qualcomm Snapdragon 800 processor in addition to the Adreno 330 GPU and 2GB of RAM. There is most likely 16GB of storage of which 10GB is available. The phone will have 12MP rear camera that supports 4K UHD and 2MP front facing camera. Finally, the benchmark shows that Moto X+1 will run on Android KitKat 4.4.4.

Other specifications include Wi-Fi, NFC, GPS, and Bluetooth connectivity. Several sensors like gyroscope, light, and proximity sensor are also listed. In June , the Moto X+1 was leaked in images inside a case while in July it had surfaced with a wooden back panel.