Google will soon launch a feature on Android that lets phones and tablets to automatically connect with nearby devices, according to Android Police. Dubbed as ‘Nearby’, the feature will interact with a friend’s phone or a smart device in your home. 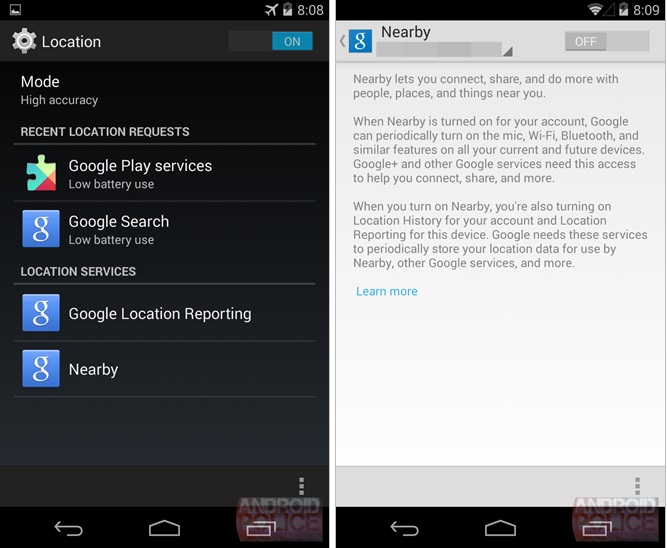 Nearby lets you connect, share, and do more with people, places, and things near you. When Nearby is turned on for your account, Google can periodically turn on the mic, Wi-Fi, Bluetooth, and similar features on all your current and future devices. Google+ and other Google services need this access to help you connect, share, and more.

The Nearby feature sends information to Google’s servers where it will be matched with other nearby users. They are then notified about about other devices that are nearby and asked whether they want to connect with them or not. Users will have control over what devices get to see their presence, and the feature can be turned off completely.

The feature is automatic and runs in the background and is likely to be announced at Google’s I/O conference by the end of this month. It is also expected that the feature could be potentially used for location-based alerts like reminders and ads.