Secret, a social networking app that lets users send text and images to others anonymously has now landed on Android. The four month old app that made its debut on iOS earlier this year, preserves user identity as it does not have profile name or photo. It uses address book of users to see what your “friends” and “friends of friends” are also posting. Users can sign in, post public, anonymous confessions, and let others comment on, like, and share them. 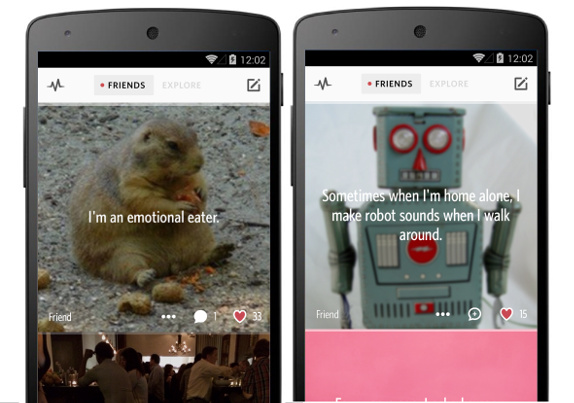 Founded by former Googlers Chrys Bader and David Byttow, Secret app on Android will have few extra features than its iOS counterpart. The Android version of the app has two streams viz. Friends and Explore. The former will include posts from Friends or Friends of Friends while the latter lets you check on popular public secrets. This feature is exclusive only to the Android app.

Moving on, the app shows you how many friends you have on the network, in an animated graphic that is placed into your stream. Finally users can now ask personal questions and even take a spontaneous poll with other users. More features that will help people connect more are expected to be added on the Secret app soon.

Secret App for iOS was launched in the US followed by rollout in other English-speaking countries like Canada, Australia, New Zealand, Ireland, and the U.K. However, the Android app is available globally.

You can download the Secret App from the Google Play Store