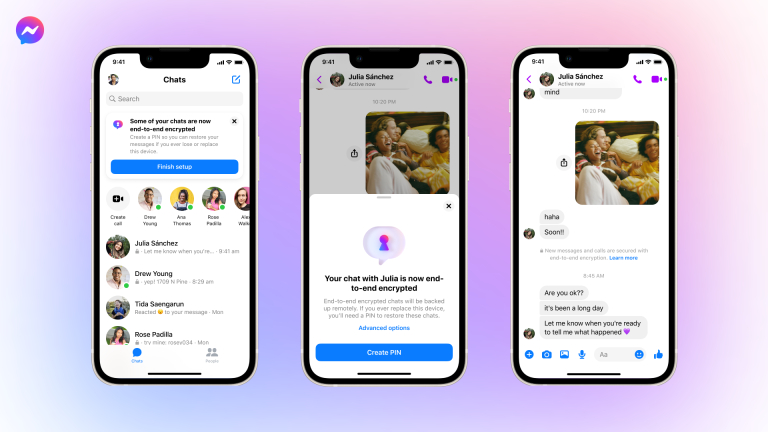 Meta has unveiled several new Messenger app features and also confirmed that with the upcoming update, personal messages and calls will be encrypted end-to-end by default. One of the most interesting new features is “safe storage,” which lets users back up their end-to-end encrypted Messenger conversations and then get them back with a PIN or a code that the app generates. END_OF_DOCUMENT_TOKEN_TO_BE_REPLACED