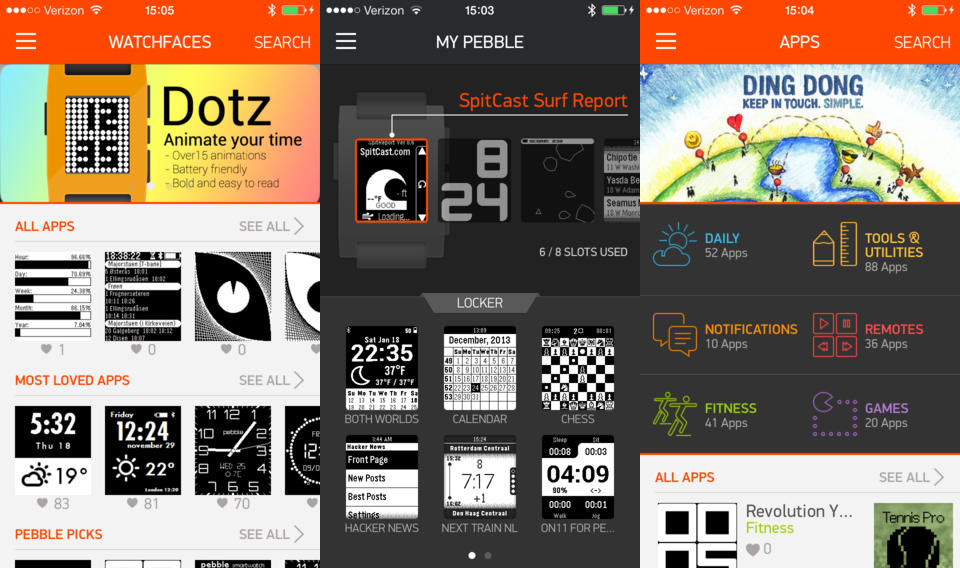 Pebble, the company responsible for the uber popular Smartwatch that goes by the same name, recently unveiled its new hardware, the Pebble Steel Smartwatch and along with it came the announcement of the first ever app store for Smartwatches. Yes, Pebble has its own app store now, consisting of a whole lot of Watchfaces and native apps that work standalone, like mini games or work with the phone over Bluetooth and can even access the internet now. One of the many changes that Pebble did with its ecosystem was opening a mature version of its SDK to many developers, making it easier to program for the Smartwatch. We think the app store is a natural progression of that announcement. The store resides inside Pebble’s own smartwatch app in iOS as well as Android, but the latter is only available for developers and is in beta, with consumer availability stated as coming soon.

As a part of the Pebble App Store announcement, the company showcased several new high profile apps such as ESPN, Foursquare and Yelp at their CES 2014 event. They were showcased on a Pebble Steel and we had shot a video of it –

These apps are examples of how useful the Pebble can be, as a remote to some of the full blown apps on your phone. At-a-glance information is the key here and we think a lot of these app showcase that pretty well. If you use the iPhone with a Pebble Smartwatch, it is highly recommended that you download the latest update that brings you a better design, the new app store and generally a better experience. Here are the download links –