Remember Snapseed? An application in competition with Instagram which was exclusive only to iOS devices until Google bought it. Looks like Google has been working hard on bringing Snapseed to Android as Vic Gundotra just uploaded an image to his Google+ profile using Snapseed. 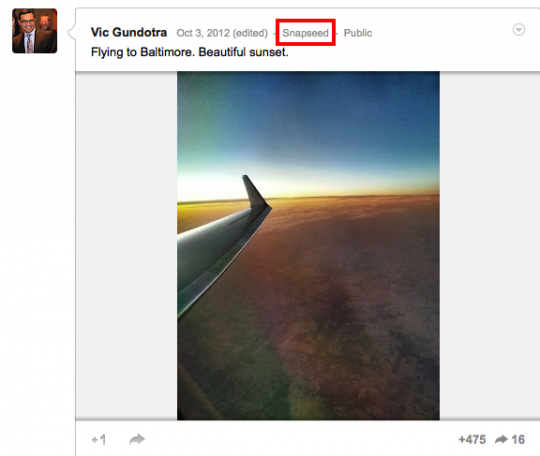 Snapseed has been very popular on iOS devices. It’s just like Instagram but many more features. It was bought by Google just last month, I am sure Google did not make the application in a month so I think the application for Android was already in the works.

The only other explanation to this Snapseed picture might be that Vic might be using the latest iPhone 5, but that is highly unlikely so our bets are that we will soon be seeing the launch of Snapseed on Android.