Foxconn’s Chengdu plant was recently in the news because of an explosion resulting from combustible aluminum dust stuck in the ducts in the polishing section of the plant. Two workers were immediately reported dead with as many as 16 others critically injured. Today another worker succumbed at a local hospital due to injuries from the explosion. Hon Hai Chairman Terry Gou meanwhile issued a statement that the explosion would in no way affect production of the iPad 2 while adding that products scheduled for Quarter 3 production would also be on track. 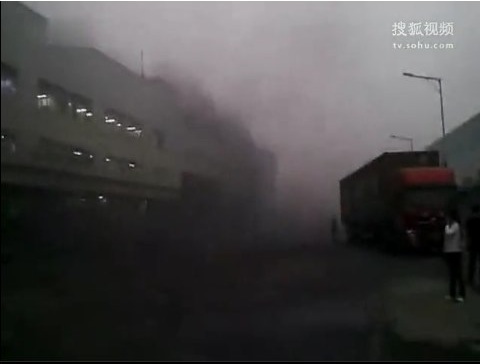 Meanwhile Apple issued a press statement claiming that it was working closely with Foxconn to determine the cause of the explosion. Foxconn issued the following press statement to AllThingsD.

We can confirm that at approximately 7 pm on May 20, there was an explosion at our Chengdu campus. At this point, we can also confirm that there were two fatalities with injuries to 16 other employees. We are working with medical officials to provide treatment to the injured employees and we are working with government and law enforcement officials to contact the families of all employees affected by this tragedy.

The situation has been brought under control by the fire department and the cause of this explosion is being investigated by local police officials. Foxconn is cooperating fully with that investigation. Production has been suspended at the site of the explosion until the completion of the investigation. The safety of our employees is our highest priority and we will do whatever is required to determine and address the cause of this tragic accident.