Amazon has introduced a new update for its Alexa mobile app for various platforms that revamps the app’s UI elements and shifts the app’s focus to provide more personalized experiences for the user. The update also pushes third-party skill suggestions to the background as Amazon 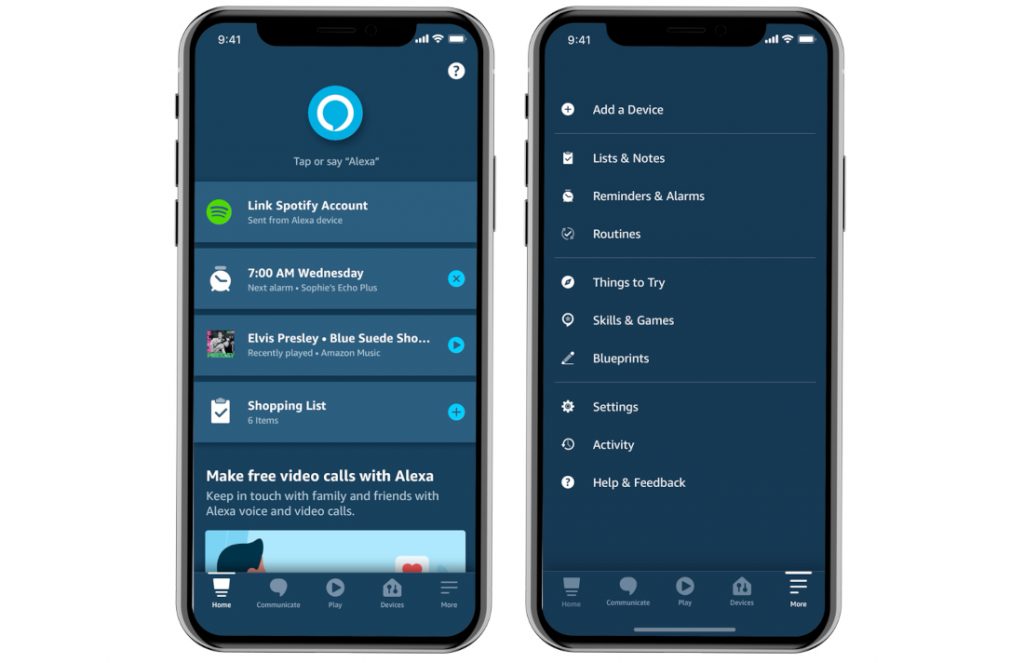 In the new redesigned app, the Alexa button is prominently visible at the top of the app with a prompt that says, “Tap or say Alexa” to trigger the voice assistant.  Below that comes a set of personalized suggestions for actions the user might want to perform via the app. This can include Spotify controls, reminders, shopping lists and so on. If a device like the Echo Buds or Echo smart speakers are connected, users will also see controls for volume and media playback.

Amazon has realised that user only use the app when they want to do anything Alexa-specific. Some of the features and UI elements like Skills (like third-party voice apps), Routines and Settings were largely unused, so Amazon moved them to the “More” tab.

The new Amazon Alexa app will begin to roll out from this month on iOS, Android and FireOS devices.