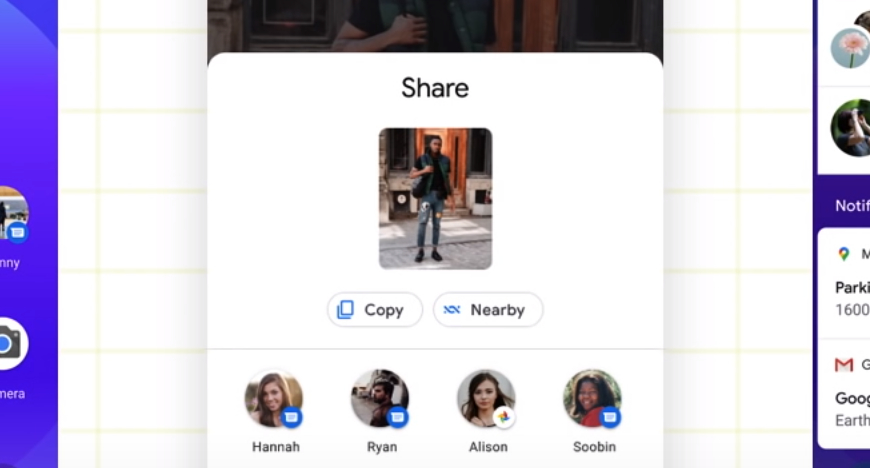 Android Nearby Sharing, a feature that works similar to Apple’s Airdrop feature, might be finally coming close to a general public release. The feature was spotted in an Android 11 developer oriented video that was posted on YouTube.

For many years, Apple users have enjoyed using Airdrop to share files easily with devices within the Apple Ecosystem. Till date, there has not been a good alternative for the Android ecosystem since the ecosystem is too fragmented. Manufacturers like Xiaomi, Samsung and others have their own version of file sharing software, but it is usually within their own devices.

Google has reportedly been working on a feature in Android that would function like Airdrop for over a year now. The feature would be a successor to Android Beam, which is a file sharing feature that was discontinued a few years ago.

In the video, we can see the presence of the “Nearby” button in the share sheet for Android 11. Although the feature is not confirmed, we can infer that the feature is probably close to public release. It will be interesting to see if Google will lock this feature exclusively to Android 11 or will it bring it as an update to Google Play Services so that it may work with older versions of Android.