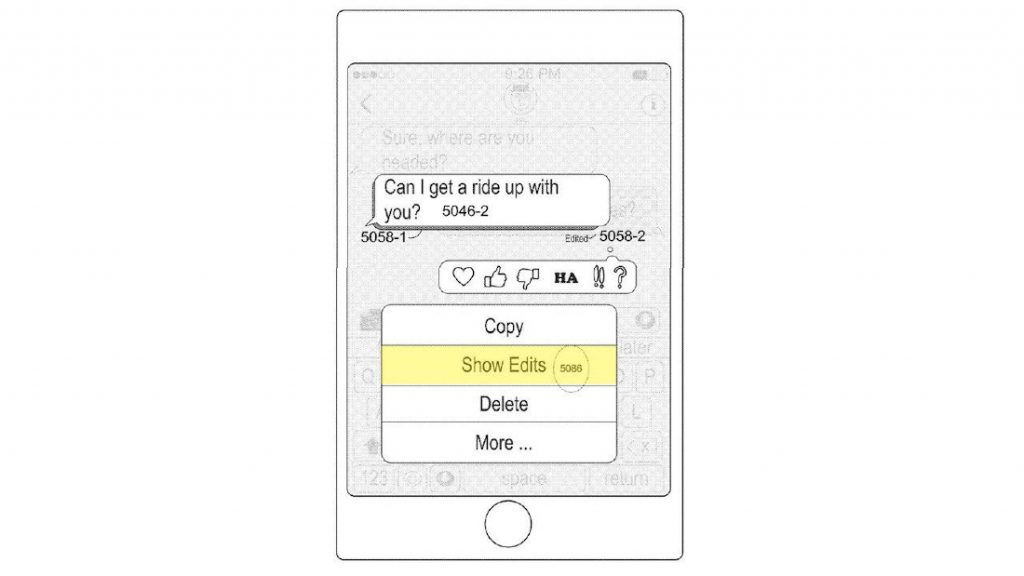 Apple iMessage has become very popular over the years, essentially becoming the default messaging service for iPhone users. According to a new patent application, Apple might be working on many improvements to its iMessage service, including the ability to edit already sent messages, display private messages, Apple Pay integration and more.

One of the important features mentioned in the long patent document is the ability to edit messages that have already been sent from a user. Apple talks about having text-editing capability, where a user will be able to select a message using a predefined touch gesture, giving them access to an editing interface. From here, users can check a revision history of the edits made to the message and the sender can edit their messages even after sending it.

Another interesting feature that the patent mentioned is better integration of apps in iMessage. Features like “Application Management Interfaces” have been detailed and Apple also talks about a dock of applications with “input affordances” to guide the user to an app.

Other changes in this patent filing include the ability to combine messages into a group, improvements to current iMessage features like bubble and full-screen effects. While Apple’s iMessage is quite popular among their users, it doesn’t quite enjoy the same feature parity with apps like WeChat. However, if they implement the features mentioned in this patent application, that could change in the future.