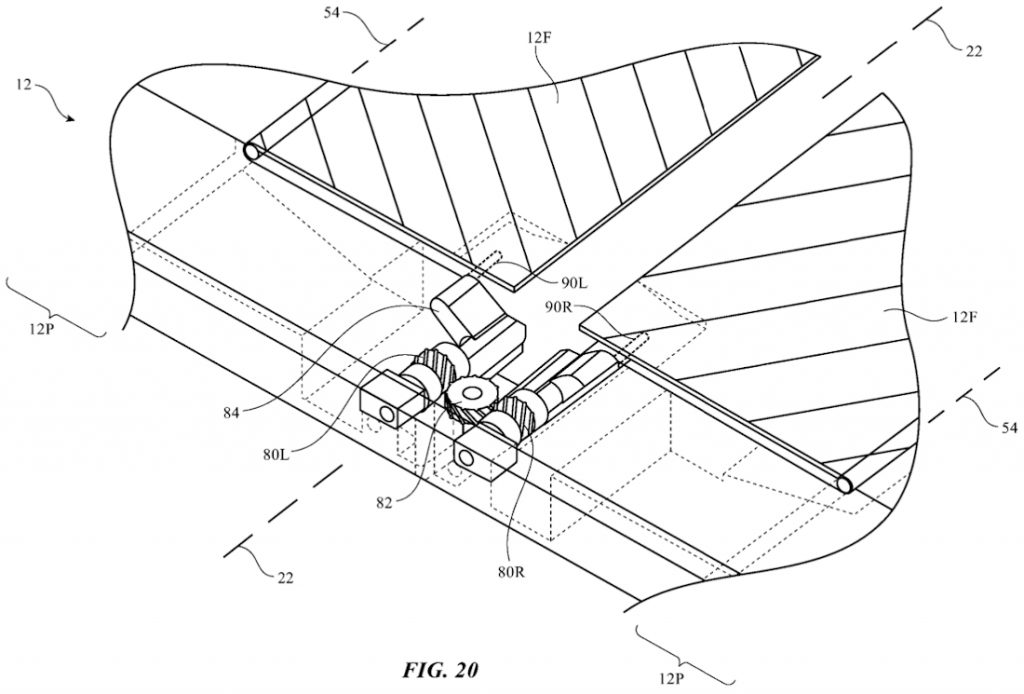 Apple has patented an interesting new design that aims at solving the problem of the display creasing or damaging in foldable devices. The design shows type of hinge mechanism that ensures adequate space between two housings for the display when folded, preventing a sharp fold and thereby no creases.

A notable issue in the current generation of foldable devices is the visible crease at the location of the folding. This is largely due to the nature and sharp bend of the foldable including the materials used for the screen. The only device that has circumvented this issue is the Motorola Razr which uses another unique design. By moving the display in, it bends the display along a larger radius that ultimately prevents the crease. 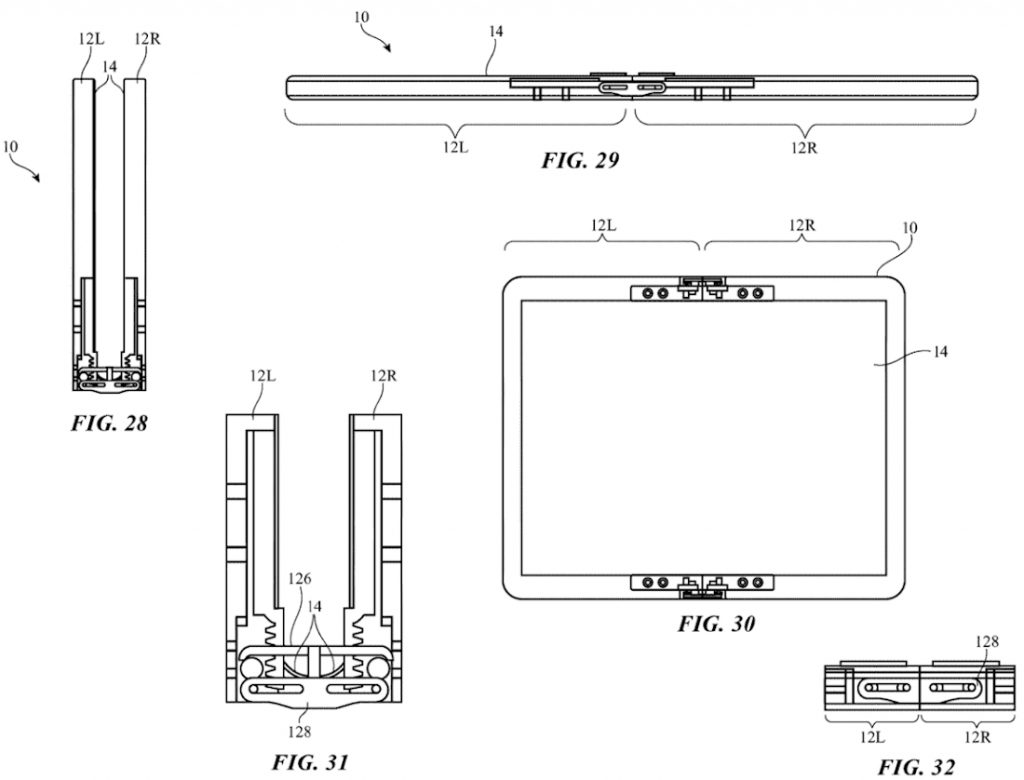 The implementation on the Razr, however has been questionable. Reports of the device creaking when closing the phone has appeared. This is something that Apple would clearly like to avoid as it is a company known for designing products with extreme quality and finish. In the new patent, Apple shows two portions, that house the display, moving relative to each other. It also contains movable flaps that can be retracted when the housing is bent to create room for a bent portion of the display.

It is clear Apple is very interested in the future of foldable devices and it is making moves to ensure that, when they do finally release a foldable device,  they are well protected with design patents.