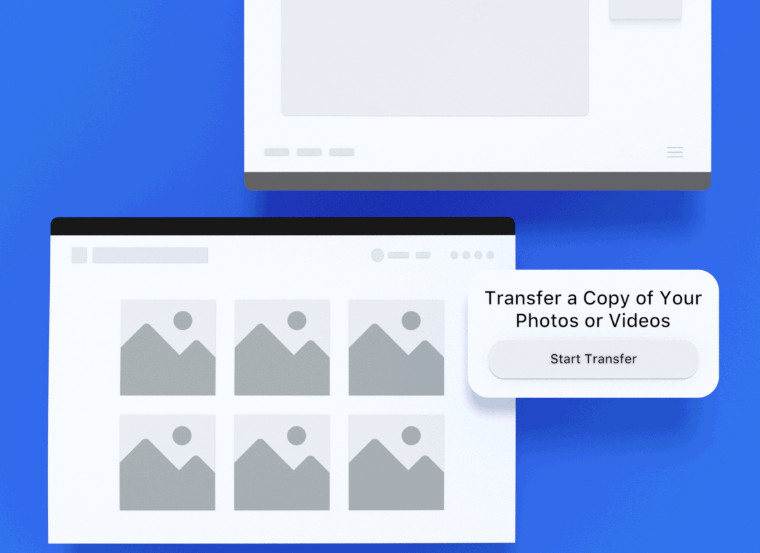 Update – June 4, 2020: After rolling out in Ireland in December 2019, UK and EU in March and United States and Canada in April 2020, now Facebook has confirmed that the data transfer tool is available worldwide. 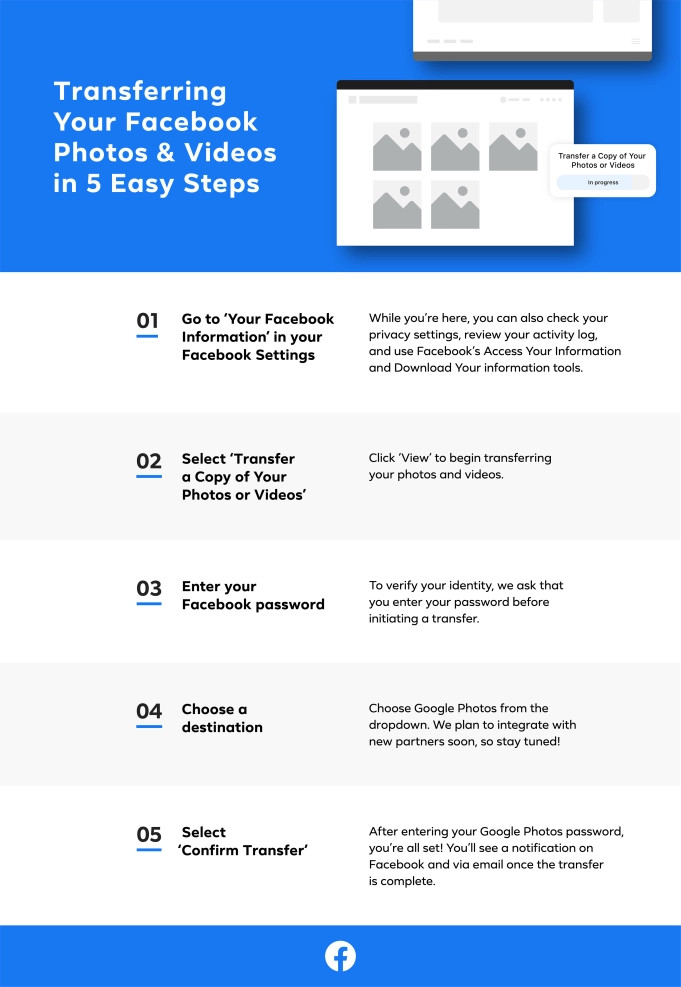 Facebook has announced that they are testing a new tool that will streamline the process of transferring data from one service to another. The tool will allow users to transfer their Facebook photos and videos directly to other services, starting with Google Photos.

Facebook has been looking into data transferring tools for quite a while, taking feedback from stakeholders in UK, Germany, Brazil, Singapore and more. The photo transfer tool that is being developed and tested now is based on code that was developed during the open source Data-Transfer Project.

The tool will first be available in Ireland from today and Facebook plans to have a global rollout sometime in the first half of 2020. Facebook promises that the tool will have security and privacy features built in such as encrypted data transfer, password verification and more.

Facebook is encouraging other companies to also participate in making tools that will allow users to seamlessly transfer data between services. If you are in Ireland, you can test out the tool here today.