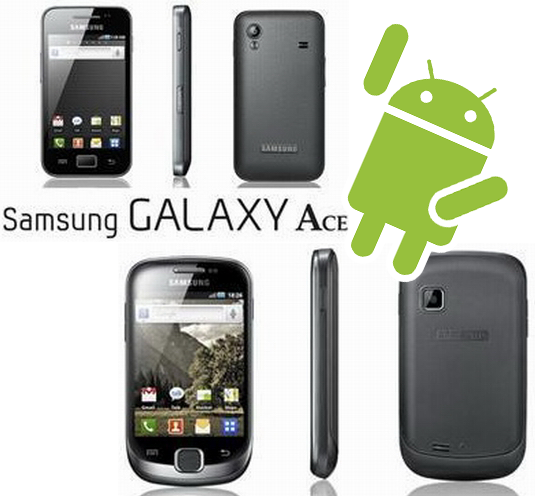 2010 was a very good year for Samsung, and they have launched several good devices in 2010, Samsung Galaxy S and Wave are a very good example. Now 2011 is here, and Samsung is ready to face it by launching some new devices this year.In the image above, you can see the shot of the Samsung Galaxy Ace X5830, and the Samsung Galaxy Suit S5670. Samsung Galaxy Ace looks like a high-end Android device with some good features, whereas the Galaxy Suit is a low-end Android device.Unfortunately, we don’t know about the specs and any other information about the phone, but I hope that both phones will run the latest version of Android OS.

It looks like that Samsung will be launching these devices at the Mobile World Congress next month. So hopefully, we will see these new phones along with other new phones next month, so stay tuned with us!