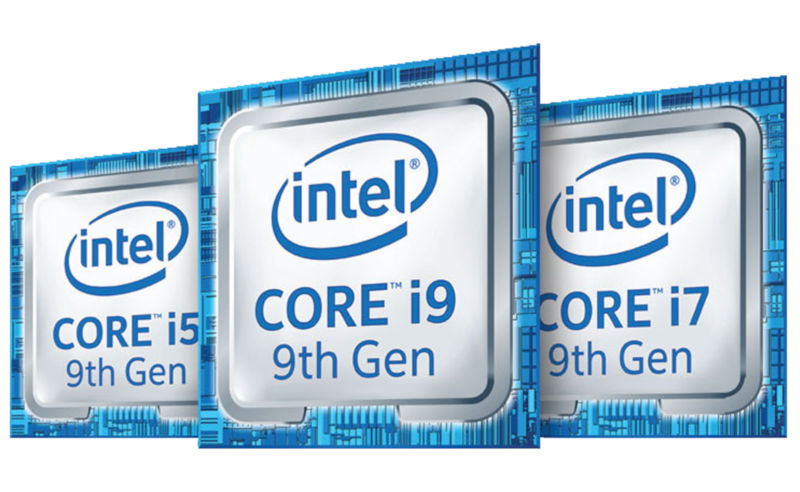 Intel launched the Core i9 Desktop processor in October 2018 which was the first consumer CPU to reach up to 5GHz clock speeds. Today, Intel has introduced its new 9th Gen mobile H-series processor with up to 5GHz speed for high-end laptops including gaming laptops and will be available starting today. 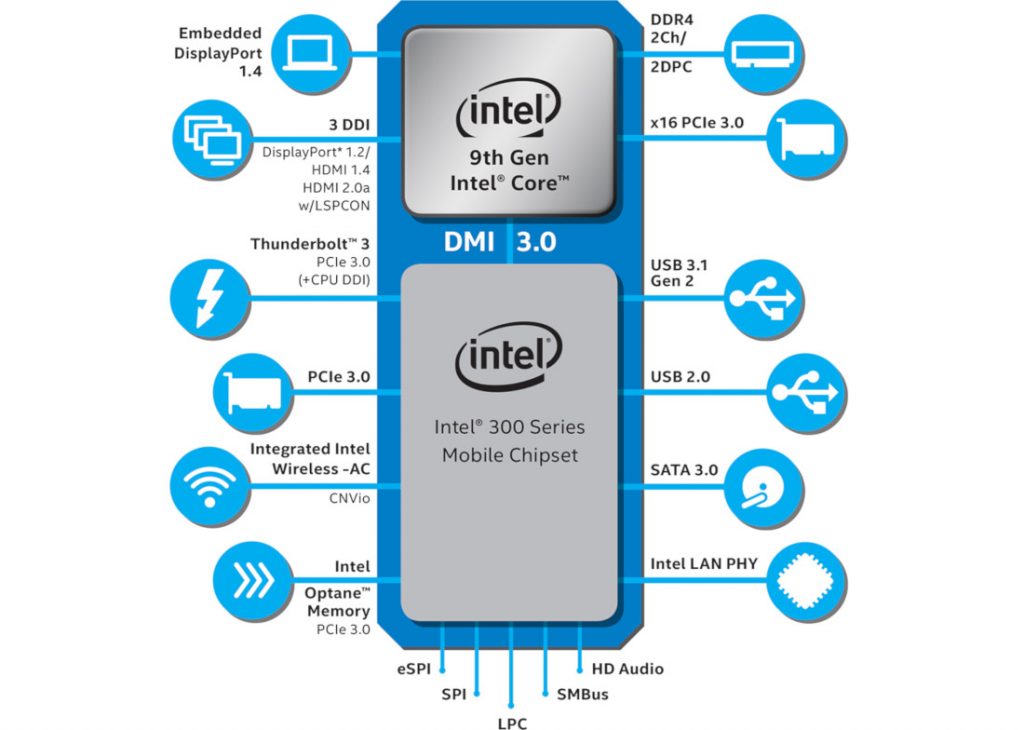 Intel has launched the new 9th Gen Core i9, Core i7 and Core i5 CPUs for high-end laptops including laptops under the ‘Coffee Lake’ architecture. Intel says that the new processors are designed for gamers and creators who would like to push their experience to the next level. The company also adds that there are 580 million enthusiast PC gamers and 130 million PC-based content creators today who care about raw performance as much as they do responsiveness of their PC. 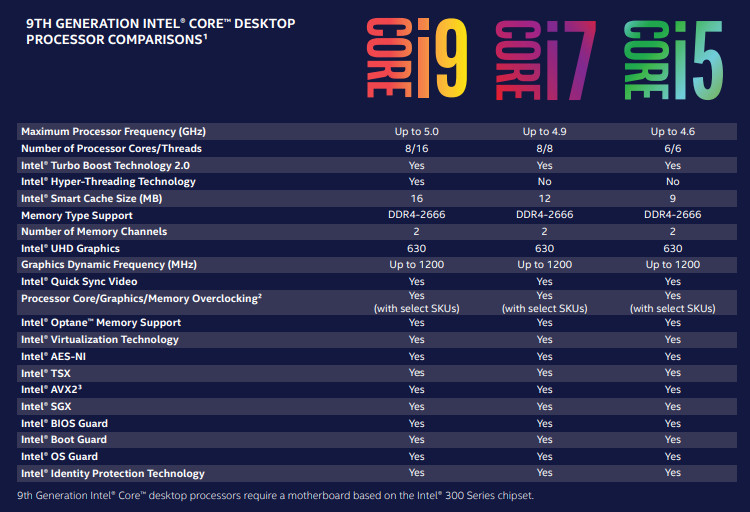 The first of the three new CPUs is the 9th Gen Intel Core i9-9980HK processor and is meant to be similar to the desktop processor but in a mobile form factor. It has a base clock speed of 2.4GHz and can be clocked up to 5GHz. Also, it is the first Intel Core i9 mobile processor with up to 5 GHz with Intel Thermal Velocity Boost, 8 cores, and 16 threads, and have the support of 16MB of Intel Smart Cache. It has support for 128GB of DDR4-2666 RAM across two channels.

Along with the H-series mobile processors, Intel also launched the 9th Gen Intel Core desktop processors which now includes more than 25 products in total ranging from Intel Core i3 up to Intel Core i9. The new desktop processor has up to 8 cores and 16 threads, up to 5 GHz maximum turbo frequency, up to 16 MB Intel Smart Cache and up to 40 platform PCIe lanes.

The 9th Gen Intel Core is mobile processors are said to have up to 33% overall performance leap compared with a 3-year-old PC and up to 28% increased responsiveness. The mobile processors are aimed at gamers and Intel says that the performance is optimized on battery and support for multi-Gigabit Wi-Fi speed with Intel Wi-Fi 6 AX200 should deliver a great experience. Apart from this, the new desktop CPUs are said to provide up to 2.1 times faster video editing and up to 47% more FPS while gaming.