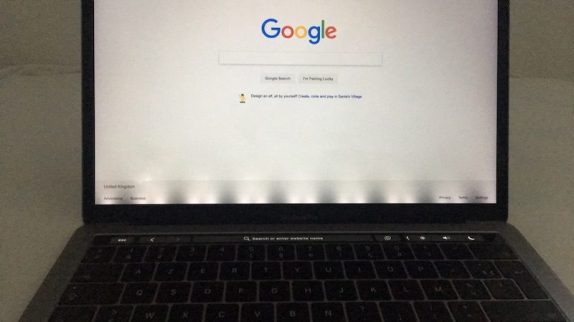 According to several reports, users with 2016 and newer MacBook Pro models, particularly those with the Touch Bar are facing backlight issues. This results in a so-called “stage light effect” along the bottom of the display.

According to the repair website iFixit, which highlighted the issue, the underlying cause is Apple’s use of thin, fragile flex cables that connect the display with the display controller board on 2016 and newer MacBook Pro models, instead of the more durable wire cables used in previous generations.

The normal, and repeated opening and closing of the laptops display lid can result in the thin flex cables becoming fragile and breaking over time. Since the issue takes time to manifest, the affected MacBook Pro models are outside of Apple’s one-year warranty period when they start exhibiting symptoms. At this moment, it is unclear how many users are affected, but the number continues to increase.

As iFixit claims, the flex cables are integrated into the display and cannot be replaced individually. Instead, the entire display assembly needs to be replaced, which in-turn becomes costly. While some customers without AppleCare+ have managed to get a free or reduced-cost repair, it appears many have been required to pay in full.  Apple so far hasn’t acknowledged or launched a public-facing repair program for this issue, and a petition urging Apple to launch such a program has amassed over 2,200 signatures.