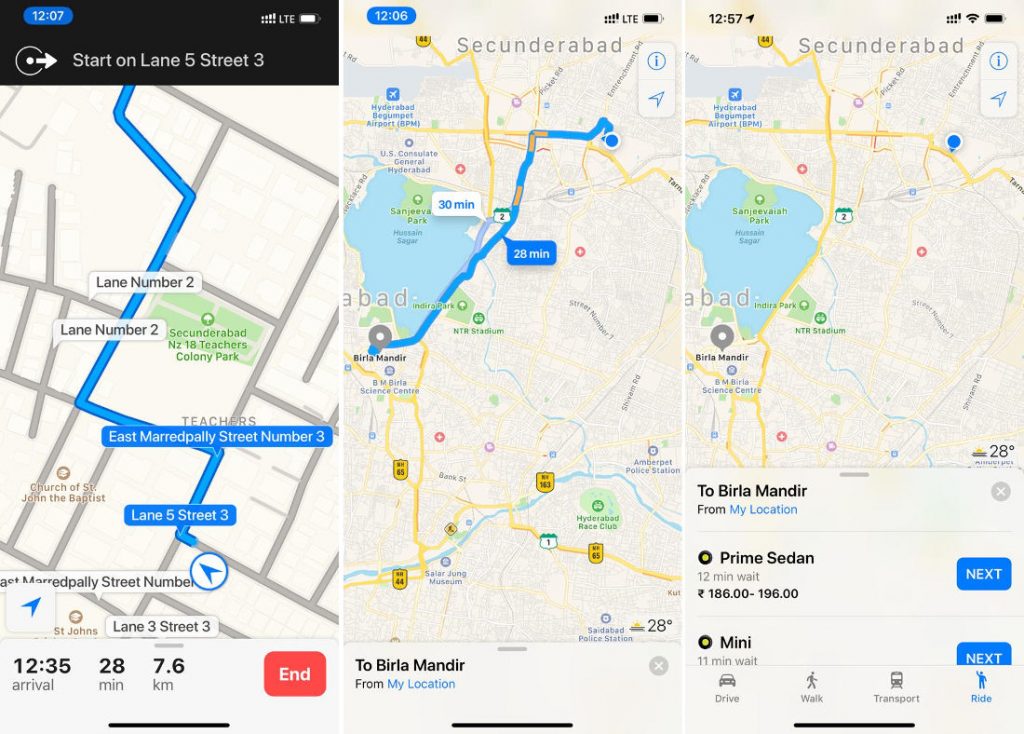 Additionally, you can also book a cab through the Uber and Ola right within the Maps app under the ride section. However, the information about public transport options isn’t available yet. Apple despite the ability to collect data and produce better results has been lacking in the competition when compared to Google Maps which is miles ahead. Better late than never, at least now, Apple is taking steps towards implementing a change.

The app also displays additional information about the desired destination such as working hours, exact address, contact number, and much more. Either way, it is too soon to say if Apple users in India would switch to Apple Maps, but it is an alternative.