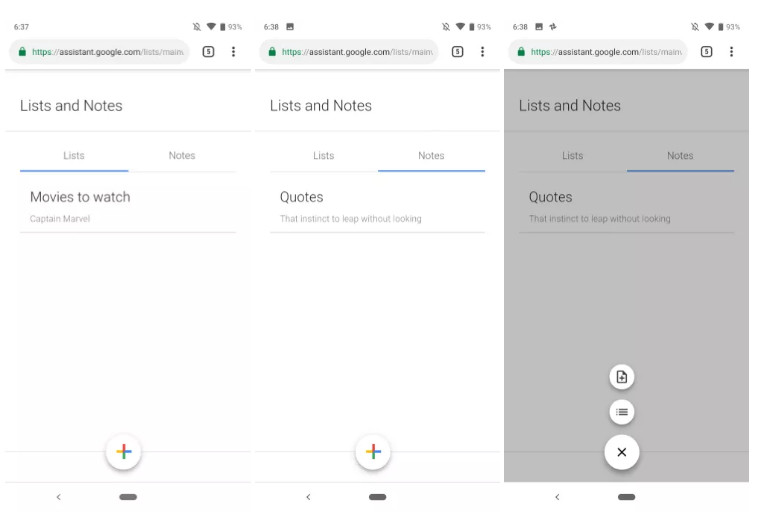 It looks like Google seems to be working on a new “List and Notes” web app that ties into the Google Assistant. This would allow users to set their own default list and note taking provider in Assistant. The URL of the feature is live and is also mentioned in a string of the teardown of the latest Google app beta.

The web app is very basic and is completely styled with the Google Material Theme. It features two tabs for “Lists” and “Notes,” as well as a bottom app bar. The multi-colored FAB at center allows users to create a new list or note. Since it is Google. the lists and notes are saved across devices.

Users have the ability to make a simple list that has the option to mark off items or delete entirely. Lists and notes can be titled, but there is no other real feature set to them.

The exact nature of this Google Assistant Lists and Notes web app is unclear. It could be a default option for Google Assistant but seems silly in the light of Google making an entirely different service that does not sync with Google Keep or Google Tasks. Google Keep which is rebranded to Keep Notes recently received a Google Material Theme and a slew of new features, like shopping lists, will be coming soon.